ABC's nineteenth Bachelor Chris Soules was the talk of the town back then due to his high-profile relationship with Whitney Bischoff. There was no second thought about the fact that Chris and Whitney made a great couple. From looks to chemistry, they had it all between them. In fact, the loved-up pair was even engaged. Yet, their engagement couldn't exceed more than six months.

Whitney is now happily engaged to Ricky Angel and the couple is all set to get married. Let's find out more about her new relationship with her fiancé, wedding, and children:

Chris and Whitney got engaged in November 2014 on the 19th season of 'The Bachelor'. Sadly, their engagement ended in May 2015. At the time, the pair was one of the favorite couples of the people and their split broke many hearts.

After their separation, they individually posted on their Twitter mentioning how tough the time was for them and also thanked their supporters.

Do you know that The Bachelor star Chris Soules recently got arrested after a fatal accident? Read about it. 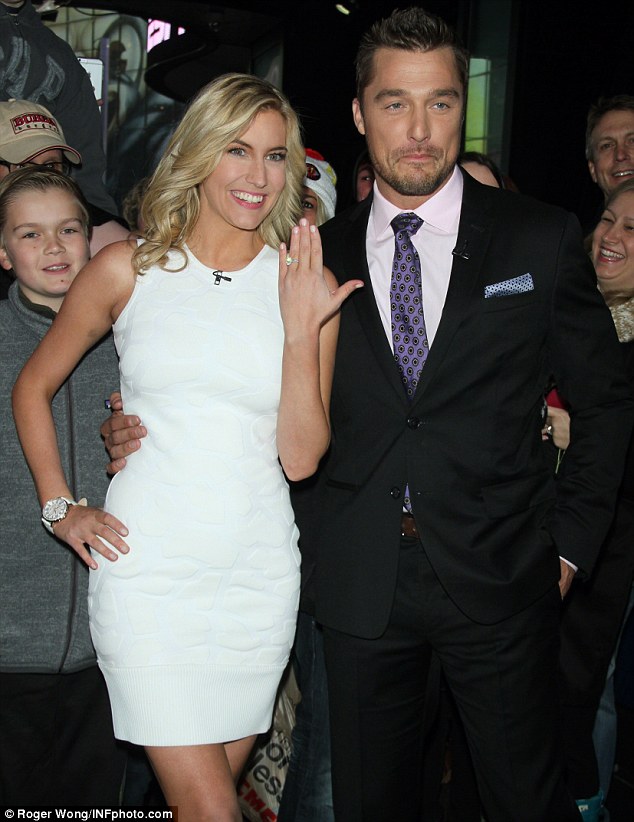 It was reported that the couple parted ways in mutual understanding. Their representatives revealed that they had respect and admiration for one another when they broke up.

Watch The Bachelor's episode where Chris Proposes to Whitney:

Although the couple was said to be good friends even after their break up, they were never really seen together.

Whitney Bischoff is getting married to fiance Ricky Angel

As of now, Whitney is happily engaged to her beau Ricky Angel, a sales manager. The pair first met through a dating app named 'Bumble'. Ricky asked the big question on 15th July 2016 in a very intimate proposal.

Whitney had quite a tough time to get into the love game after her split with former fiance Chris. She said:

“I was still a little bit broken and trying to pick up the pieces. But from day one there was open communication with Ricky about what I had gone through. I think one of the reasons I fell in love so quickly is that I could say everything and know I was not being judged.”

You might be delighted to know that Whitney and her beau are going to tie the knot soon. Whitney is fully prepared for the big day and her self-designed wedding dress is also ready.

Words cannot describe how fun it's been designing my own wedding gown! Thank you to Amanda Bonnell @belleviechicago for helping my vision become a reality. I chat more about this on this months @stylemepretty blog. Click link in bio to read and also see more pics by the incredible @carlymphotography! Wedding planning: @alwaysyoursevents

Don't you agree with us? Whitney looks breathtaking.

If you go through Whitney Instagram, you will find a lot of her photos with her fiancé as well as little babies. All the little babies that Whitney is seen with aren't her own. As she is a fertility nurse by profession, they are her patient's baby with whom Whitney seems to create a quick bond.

Whitney Bischoff might have moved on with Ricky, but she doesn't really have hard feelings for her former lover. She hopes that he meets someone, if he hasn’t already and honestly, we wish the same for Chris Soules as well.