Check out Kylie Jenner's make-up collection. You surely want to try these There is no denying the fact that The Kardashians family belongs to the fashionista list. We have Kylie Jenner, a bombshell in the family who has completely devoted her life to the fashion world.

Kylie is known not only known as Jenner sister or model; we now recognize her as the cosmetic queen as she have launched her own cosmetic brand Kylie and it is gaining a huge appreciation throughout the world.

Don't miss out on the things Kylie has for us in her store? Let's check them out!

Also Read: Kylie Jenner Demands Top Spot On Next Season Of Keeping Up With The Kardashians

Kylie is widely known for her love of cosmetics and makeup. Because of that she immensely diverted her interest towards her makeup and makeup style. She was seen out and about with new makeup style, and her sisters were also dazzled by the way she carried herself with the makeup. Kylie's posts include mostly pout pictures where her beautiful lips are the focus, and apparently vibrant colors lipstick were the icing on the sugar.

Later not only her sisters but all her fans started talking about Kylie's makeup style.

Never knew she had self-made lip kit which later Kylie revealed out to the world. Her lip kit which had liquid lipstick+lip liner duo got wildly successful. This success prompted Kylie to make cosmetic products of her own.

That is how Kylie launched Kylie Cosmetics in 2016. Now every girl can have 'Kylie Look.' All the shades of Kylie's products are vegan, and anyone can try her products.

If you want to look at Kylie's cosmetic items and closure then here are all of them categorized in details! Kylie Jenner lip kit with all the shades you want

Kylie has really thought about the details on shades of lipstick color and created varieties of them. Don't you want to finish up your makeup with a touch of blush? Here are Kylie's blush products. 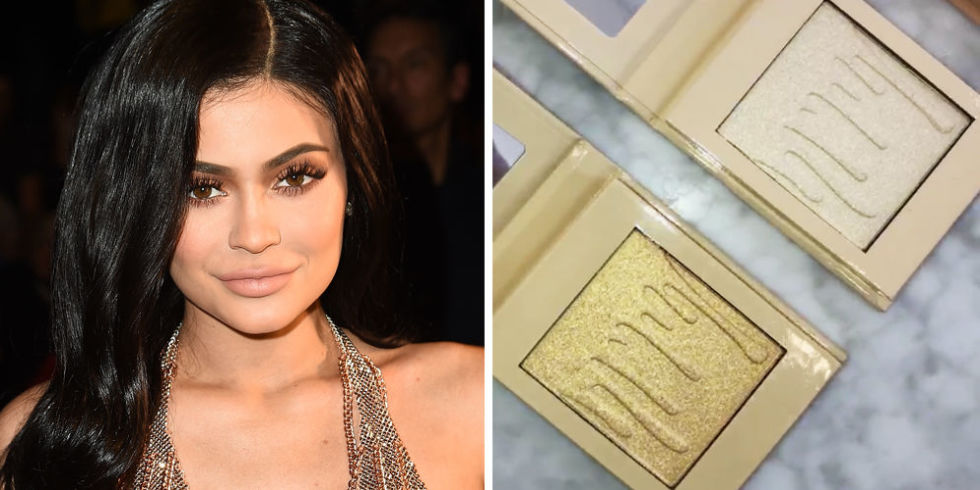 Kyshadows are Kylie's second cosmetic products which are series of eyeshadow palettes. Kyliners are kits (third products) which include a crème gel eyeliner, eyeliner pencil, and a full-size eyeliner brush. Liners are the assets of the Kardashian and Jenner girls. It's not a surprise Kylie launched this item.

Liquid lipsticks are the newest launch of Kylie, but it looks like they are going to make a top chart on the makeup list. She has creamy, smooth, non-drying, pigmented liquid lipsticks on her Kylie Cosmetic store.

Wowzer! If you girls haven't tried them yet, then you are surely missing it for the world.

Also Read: Know about Kylie Jenner street styles; Her style will make everyone for her