Frostsnow https://frostsnow.com/
Home Gossip Charlotte Crosby Confirmed her Split with Stephen Bear, but are back again, Know the Story

Charlotte Crosby Confirmed her Split with Stephen Bear, but are back again, Know the Story It seems like the Geordie Shore star Charlotte Crosby has found a new way of getting public and media attention. It hadn’t even been hours that she confirmed her breakup with beau Stephan Bear, she came back again in Snapchat on Thursday revealing that they have sorted things out and are together again.

Leaving all her fans confused, Crosby’s relationship dispute is quite mysterious but her breakup-patchup game is hitting the headlines. Let’s find out the reason behind such drama of hers:

Everyone was shocked when Crosby took to Twitter and Snapchat to confirm her split with her boyfriend. She tweeted things weren’t good despite her hard efforts. She poured her heart out on her Snapchat by revealing the reason behind her split. She said:

"So obviously I’m really gutted, and I love Stephen more than anything in the world but I just don’t think I’m what Stephen wants right now. I can’t carry on trying to fight for a relationship where someone else isn’t really fighting as hard.”

It seemed like she was really having a hard time with Bear. As she further added that her reasons aren’t validated by him and she doesn’t know why she gets so upset about someone who doesn’t care about her.

Charlotte Crosby confirms she has split from Stephen Bear:

She literally broke down as she said

"I love Stephen so much but when someone is so selfish to always put themselves in front and not care about the little things that you ask them to do, that are so important to you, just makes you question whether they care at all."

Charlotte Crosby and Stephan Bear back together again

A lot of fans thought that it was a joke. Well, it wasn’t one, but Crosby did wake up next morning to regret whatever words she said. She apologized for her previous night’s behavior and called herself a massive drunken d*ck. 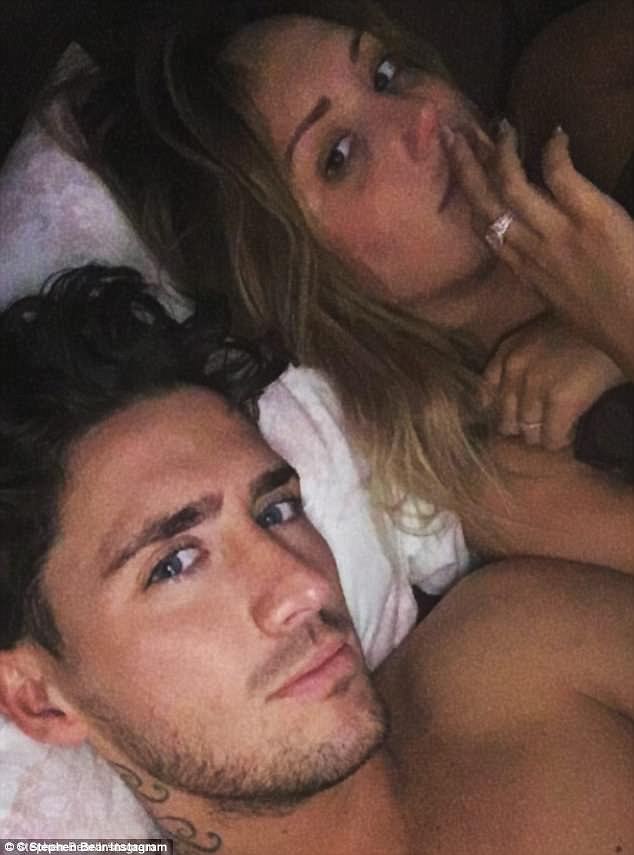 She also added that they haven’t broken up but had a small dispute just like any other relationships. Following the incident, Crosby posted a collage of nine images of her lover on her Instagram.

Charlotte Crosby and Stephan Bear are one of the cutest couples. It is quite harsh for us to believe that they are no more together. Although we accepted her apology this time, we hope she doesn’t do it again. We hope they turn their sweet relationship into a marriage.