Frostsnow https://frostsnow.com/
Home Gossip Charles Krauthammer has had a brilliant career and his net worth and salary don't fail to show it Charles Krauthammer is the name of a very strong personality. You would be fascinated to know that Charles is an American Pulitzer Prize-winning syndicated columnist, political commentator, physician and an author. More than 400 newspapers from all over the world syndicate his weekly column. He is also a contributing editor to the Weekly Standard and a nightly panelist on one of his tv shows that aired on Fox News Channel, Special Report with Bret Baier. In the past, he was a weekly panelist on PBS news program too.

CHARLES KRAUTHAMMER'S NET WORTH AND SALARY

He has received many awards such as the Pulitzer Prize in 1987 for a syndicated column written by him for the Washington Post. He has also been named as the most influential commentator in America by The Financial Times. If you have read one of his writing, you would know that his writing is really bold, articulate and original. That’s the reason behind him being honored from every part of the political spectrum. The famously liberal People for the American Way presented their First Amendment Award to the staunchly conservative Bradley Foundation. This awarded him their first $250,000 Bradley Prize. Isn’t that inspiring? 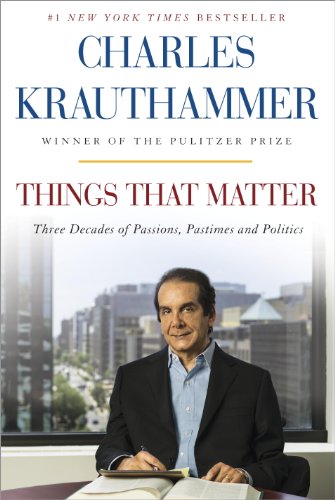 Looking more at his career, Charles graduated from Harvard Medical School and he started to work as a psychiatrist at Massachusetts General Hospital. He became a Chief Resident in Psychiatry there, and he started to publish articles about his work in a newspaper.

Krauthammer was New York City on March 13, 1950. Despite being born in New York, Charles grew up in Montreal, Quebec. He is a graduate in honors degree in political science from McGill University. He was a Commonwealth Scholar in politics at Balliol College, Oxford. Later, he moved back to the United States, where he attended Harvard Medical School.