Frostsnow https://frostsnow.com/
Home Gossip Chanelle Hayes Rumored To Be Pregnant, Is It True? Who Is The Father Of Her Child? Know in Details

Chanelle Hayes Rumored To Be Pregnant, Is It True? Who Is The Father Of Her Child? Know in Details The English TV personality/dancer Chanelle Hayes often makes headlines for her affairs and relationship. The gorgeous model recently showed off her baby bumps in a bikini. Yes, you read it right, Chanelle is expecting her second child this year.

Let's find out who is the father of the child and more on the love life of Chanelle here in Frostsnow.

Chanelle who is already a mother to a son, Blakely Hayes born on 20 July 2010, with her ex-boyfriend Matthew is expecting a second child. So, you all may be wondering who is the father of the child? We have the answer.

Chanelle is expecting her second child with her partner in life/boyfriend of almost a year, Ryan Oates. Ryan is to become a father for the first time. The lovely couple is incredibly excited to welcome their new child.

The former model gave a hint about her pregnancy to all of her fans with a post on March 7, 2017, on her Instagram account with the caption, "bump".

Then her baby bump wasn't clear. But later on March 15, Chanelle shared a picture of sonography with the caption,

"You can't properly tell here but the bump was giving us a thumbs up", with emojis of thumbs up and love.

The post on March 15, cleared the air on Chanelle's pregnancy and her fans were overjoyed with happiness and showed their love to the TV star in their comments.

One of her fans, Tracey, showed her love and wrote, "Ahh that's lovely news hun, glad baby is doing well. Bit early to tell but I reckon a little girl".

While another fan, Clairea wrote, "Enjoy every minute of it misses ".

Well in the month of August, we may get to hear the good news about the child as it was on June 28, Chanelle posted a picture of the baby bump on her Instagram account with the caption, "9 weeks to go".

Hopefully, we will soon hear the news from the couple. Tons, and tons of happiness on the way! And the pregnant lady too is enjoying her pregnancy right from the first week and is proud that she is going to be a mother for the second time.

Chanelle even seems mocking those moms who don't want to have any child. Don't believe us! Have a look at one of her Instagram post here.

It's one of the best moment of Chanelle's life and all of her fans want her to enjoy the moments of her pregnancy. But besides, there's one thing that all of her fans have been willing to have answers on from the TV star. So, what is their question?

Sex of the Baby: Has the Couple Revealed it?

The former model revealed that she is expecting a baby boy. Chanelle told the Closer Magazine,

Ryan is really sporty so will be great with him and Blakely is saving up his pocket money to buy gifts for his little brother.

Well, Chanelle wants to give her son a little sister!

The couple is all happy and excited to welcome the new member to their family.

Chanelle's Relationship with her Boyfriend Ryan

Chanelle was three months pregnant when she broke up with her ex-boyfriend Matthew. And even though the former Big Brother house mate was a mother when she met Ryan, Ryan chose to be in her life. The couple started dating each other in the spring of 2015. 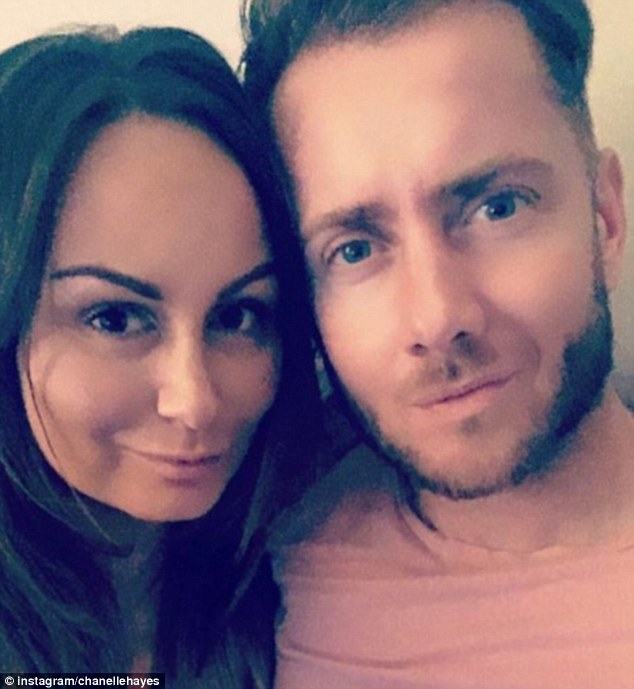 Chanelle first shared the picture of her and Blakely with Ryan on her Instagram account on May 30, 2016, with the caption, "Day out at Legoland with my boys".

Day out at Legoland with my boys ???? @ryanoates8

People started to assume that Cachelle has found a new partner for her. And the assumptions turned out to be true when Cachelle shared a picture of her with Ryan a day after the earlier post and her caption was sort of evidence for her fans, "This one though" with an emoji of love.

And ever since the couple's relationship was official! Finally looks like Chanelle has found a perfect partner for her. What do you guys think about this?

We would like to congratulate the couple for their up coming child and hopefully hear about their marriage in coming days from the couple. The Man In Lexy Panterra's Life: Also Know About Her Short-lived Past Relationships