Frostsnow https://frostsnow.com/
Home Gossip Carlton Elizabeth to Divorce her Husband David Gebbia: How Was Their Married Life? Past Affairs

Carlton Elizabeth to Divorce her Husband David Gebbia: How Was Their Married Life? Past Affairs Carlton Elizabeth is an actress and reality TV star based in the United States. She is best known for her appearance on films like Time Share and Suddenly Susan. Best recognized for her appearance on super hit reality TV series the Real Housewives of Beverly Hills, she has worked with some big names like Lisa Vanderpump, Kyle Richards, Lisa Rinna, Gigi Hadid and many others.

Apart from her career in the glitz and glamor of Hollywood, she also works as an architectural designer for building interiors. She is also a practitioner of Wicca and was born on 17th October 1973 in South Africa. She is currently 44-years-old and is among very well known housewives.

Here we are going to talk about her relationship with husband David Gebbia and their married life and many others.

Carlton Elizabeth is married to David Gebbia, an American producer best known for his work in films like Pretty When You Cry.

The pair got married on 19th September 1997 and have been together for 19 years. Moreover, together they have 3 children. Their first child Destiny Gebbia was born in 2002 followed by their second child Mysteri Gebbia in 2003 and lastly their youngest child Cross Gebbia in 2011. 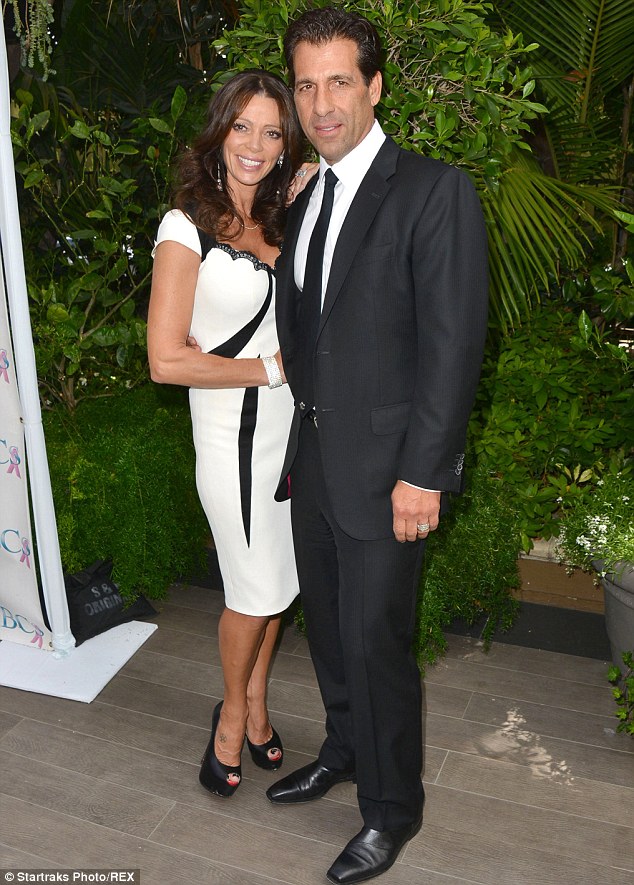 The couple was about hit 2 decades of married life but in the end of 2017, David filed for a divorce. This came out as a shock for Carlton as she considered him to be her soulmate and experienced emotions similar to grieving.

Watch Carlton on the Real Housewives of Beverly Hills

The couple currently is in the process of getting a divorce. During an interview, the actress said that they parted away naturally in their day to day life. They never made a verbal decision, and she never imagined her marriage to end in the way it did.

Who is Carlton Elizabeth currently dating?

After separating with her husband of 19 years David Gebbia, she is not dating anyone at the moment. In fact, she is not in the state of being with some other man.

She is currently acting strong and trying to get over the split without breaking down. However, as seen on her Instagram, she seems to be partying a lot more and hanging out with people more than ever after her split with husband.

Nonetheless, we hope both of them all our very best not only in their career but also in their love life.