Stephen Amell is a Canadian actor well-known for Oliver Queen role in Green Arrow series. He is married to American model Cassandra Jeans and has a daughter name, Mavi Alexandra.  ?

Stephen Amell began dating Cassandra in 2009 and after three years they finally announced their marriage. On 25 December 2012, they got married for the first time while they were on holiday in the Caribbean island before staging the duplicate marriage ceremony few week later. The celebrated their marriage with friends and family on the special day of Christmas. 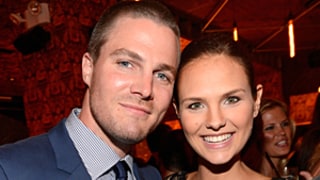 Stephen loves Cassandra very much, he married her two times. The marriage was held in New Orleans, Louisiana for the homies and family who could not make to the previous wedding. Soon after the marriage images were shared by the pairs on the social media for the fans and followings. Fans wished the couple with likes and comments. 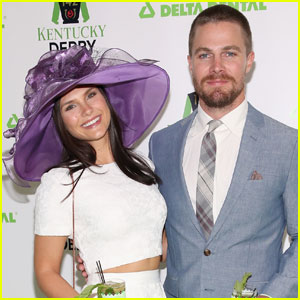 Stephen and Cassandra who really had a busy schedule after their marriage managed to extend their family. Marriage few month later the pair astonished everyone that they were expecting a baby. In October 2013 Cassandra gave birth to a cute daughter named Mavi. Cassandra Jean and Stephen Amell with daughter Mavi in the middle. The image was clicked on the special occasion of Halloween.

Stephen on an interview with Bullet Magazine revealed about his past affair that he was in love with a girl. He dated her for six years and everything changed. They broke up like eight graders. According to him, it happened so fast that he never knew what was going on. when he realized everything was gone.

That was really tough time to face. But he said that it was the best thing that changed his life as he got time to question to himself what did he expect from a relation and what should he do to be happy with his day life in the future. Shortly after that, he moved to Los Angeles where he debuted his career in acting. 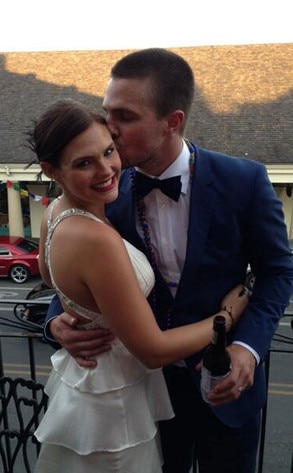 The picture was taken on the special occasion of Stephen Amell and Cassandra Jeans repeated marriage which took place in New Orleans.

Stephen was spotted shirtless with his bold wife Cassandra in Bikini during the Spain holiday. The Couple was in relaxed mood enjoying the beach-side view. They kept themselves busy with each other on the vacation ignoring other people around.