All My children’s Ryan Lavery is none other than Cameron Mathison. Renowned actor and host Mathison is married to Vanessa Arevalo. Mathison and Arevalo are an excellent example of a perfect couple. They not just look good together but looks like they are actually meant to be together. How can we tell? Because they have been married successfully since 2002.

Let’s find out more about this couple and their children.

Mathison’s wife Vanessa was a model for 18 years. She also owns her own clothing line, KEA + JOBY  along with her partner Nicole Kroll. She is a very talented lady who found success wherever she stepped. 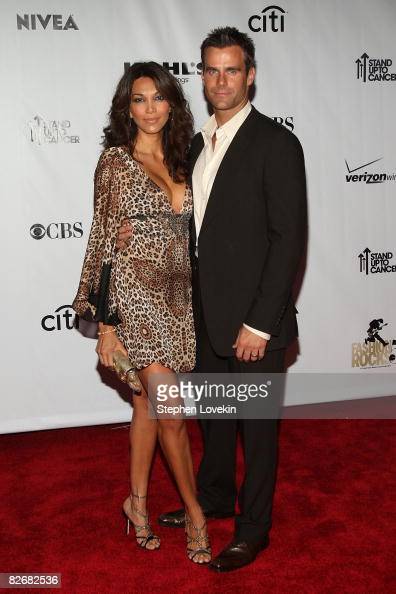 Cameron and his gorgeous wife Vanessa are now parents to two grown-up kids.

Mathison and Arevalo are a proud parent of two. Their son Lucas Arthur is 14 years old and their daughter, Leila Emmanuelle is 11 years old at present. Both the kids are getting all the love and care from their parent, Cameron, and Vanessa.

Mathison’s wife shared that being a mom wasn’t an easy job for her. During an interview, she shared that she felt quite confused about her identity as she transformed from a successful model to a stay-at-home mom.

However, she added that after a while it felt all natural and she feels great at present. 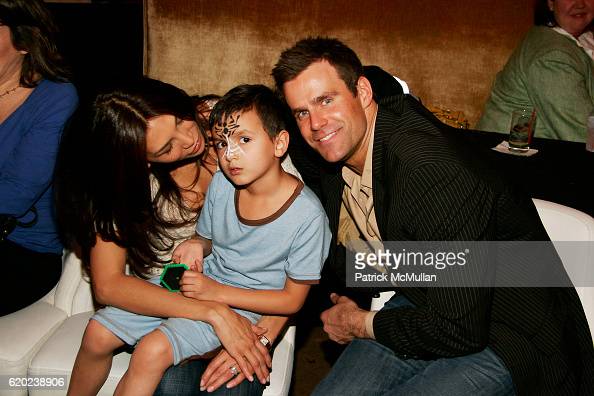 Image: Cameron Mathison and Vanessa Arevalo with their son Lucas

During Mathison’s Dancing With the Star’s participation, things got quite rough for the Mathisons. They had to look after their kids and manage their works as well. Mathison’s wife says,

I didn’t want to uproot the family and I wanted to be home as much as possible because Cameron wasn’t there for those three months. But I also wanted to be there to support Cameron on the night of the dancing.

When things come up we just kind of have to figure it out, there’s no formula, we just roll with the punches. You just have to be so flexible.

You may be interested in: Is American actor, Bashir Salahuddin Happily Married To Girlfriend Chandra Russell? His Past Affairs

Mathison has a happy family of four and it seems like they don’t have any plans to welcome another baby into their lives. Arevalo said,

I would have to say no to [more kids]. We have so much joy from these two and definitely have our hands full and have exciting projects — so, I think we’re done.

Cameron Mathison is a great father

Mathison, despite being so busy, seems to be a very loving husband and a great father. Arevalo revealed that her husband has been there all the time. She said,

He’s definitely, definitely hands on! He actually surprised me with how hands on he was, pretty much immediately. He was there from the beginning, obviously when he’s busy he becomes less hands-on, but he’s pretty much there.

Despite being married for nearly 16 years, Mathison's relationship with his wife is in great terms. There are no rumors of divorce between the couple.

What do you guys think about Cameron Mathison and Vanessa Arevalo's relationship?

When did Cameron Mathison and Vanessa Arevalo get married?

Cameron Mathison and Vanessa Arevalo got married in 2002.

How many kids do Cameron Mathison and Vanessa Arevalo have?