Have you ever wondered about the net worth and salary of the actor/host Cameron Mathison? He has been very successful in his both profession. If some of you are having a hard time finding out who Cameron Mathison is then you must know that he is none other than Ryan Lavery of All My Children.

If we keep talking about his career and achievement, you’ll be totally amazed. Therefore today we will also talk about his earning and hard work. Do you want to know how much is the net worth of Cameron? Let’s find about it in detail.

Cameron Mathison net worth and salary

25th August 1969 born Cameron has a jaw-dropping net worth of $2 million. Cameron’s annual salary keep fluctuating because of the number of movies and shows he gets in a year, thus no precise data related to Cameron’s yearly income can be disclosed with assurance. Cameron has accumulated so high amount by working in various movies, series, TV shows, web series and so on.

Cameron Mathison career as an actor

Cameron stepped in the glamour industry soon after his graduation from McGill University despite the fact that he persuaded his bachelor's degree in Civil Engineering. In his early career, he appeared in movies such as ‘Washed Up’, ‘54’, and so on. After struggling for a while, he got the role of Ryan Lavery on ‘All My Children’ in 1997. He also appeared on ‘Good Morning America’ as a freelancer for many years.

There is no second thought about the truth that Cameron is a brilliant actor. Till date, he has acted in various movies such as ‘See Jane Date’, ‘The Wife He Met Online’, ‘The Surrogate’, etc. Not to forget 4 movies based on the ‘Murder She Baked’ novels while its other 5 are yet to arrive.

Cameron Mathison career as a host

In 2009, he was signed by GMA as its host. He hosted its many events including The Oscars, Golden Globes, Grammys, American Music Awards, MTV Video Music Awards, MTV Movie Awards, and the Country Music Awards. Besides, he also became the correspondent for other outdoor events related to lifestyle, entertainment, fitness, and so on. 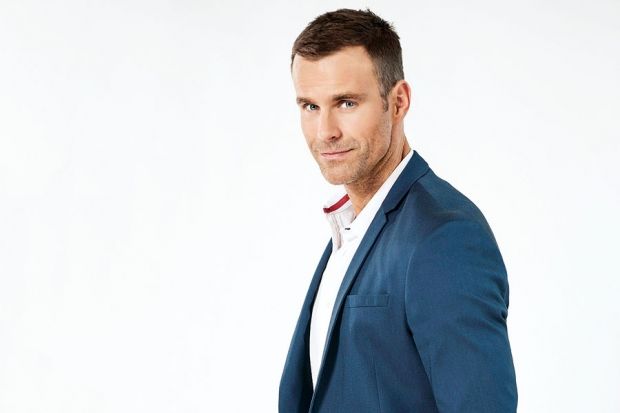 He was signed by CBS's Entertainment Tonight in 2015. He also works with entertainment news magazine as its correspondent and weekend co-anchor.

In 1999, Cameron won the Soap Opera Digest Award in the category of Outstanding Male Newcomer. Cameron Mathison in the Christmas Ornament

Apart from that, he has received the nominations of Daytime Emmy Awards multiple times.

In 2012, Cameron and his wife Vanessa bought a house for $1.6 million near the San Gabriel Mountains. Similarly, in 2015, the New York Post reported that Cameron’s palatial Harlem brownstone mansion was listed for sale for $2.89 million. He owns Maserati Quattroporte.

Maserati ROCKS???? loving the #quattroporte #GranSport #SQ4 I've been driving the last few weeks. I've got some exciting stuff coming up soon with them... #waitandsee :) Literally a dream come true being a part of the #maserati #family???????????? Photo credit @pricey_exotics

Gabriel is also very much into sports including golf. If you are one of his Instagram followers, you might know that his lifestyle is pretty envious. It is filled with thrilling photos of airplanes and yacht rides, his exquisite vacations and adventures.

Tough being away from my family up here in British Columbia working on this fil... but making the most of it???????????????? #dayoff #golf #beautifulbc

You might be feeling overwhelmed to get the details about Cameron Mathison’s career, awards, and assets, but let’s not forget that he has worked really hard for it. We hope he finds more success in coming days.