Frostsnow https://frostsnow.com/
Home Gossip Brody Jenner has a net worth and salary that go hand in hand with his career Brody Jenner has been a TV personality and a reality show star for more than a decade now. Some people argue that he is only known because of his ties with the Kardashian family. However, the true fans of this 33-year-old hunk recognize the effort the amount of effort he has put in his career.

Back in 2005, Jenner appeared for the first time in TV. He starred in a reality TV series titled “The Princes of Malibu”. The series was created by Brody himself along with his brother Brandon Jenner and two other friends.

The series followed Brandon and Jenner, the adult sons of Olympic champion Bruce Jenner (now Caitlyn) and former Miss Tennessee USA Linda Thompson, and their friend, Spencer Pratt. The series showcased the family events wherein they got themselves into various hijinks.

But the show got canceled after airing only two episodes. The cancellation was inevitable after Linda Thompson filed for a divorce from her husband David Foster one day after the premiere of the show.

After the show, he has even been featured several times in other TV series.

Keeping up with the Kardashians has been one of the most watched TV reality series for almost a decade now. And being the son of one of the prime members of the series, Jenner has been featured in several episodes of the series. In the series, his stepmother Kris, his stepsiblings Kourtney, Kim, Khloé, and Rob Kardashian, and his half-sisters Kendall and Kylie Jenner appear as the main cast.

BRODY WAS FEATURED IN THE HILLS

Developed as a spin-off of Laguna Beach: The Real Orange County, Brody was featured as a supporting cast in the series The Hills. He appeared as himself in the series. Spencer Pratt, who co-created “The Princes of Malibu” with Brody, was also featured in this series. 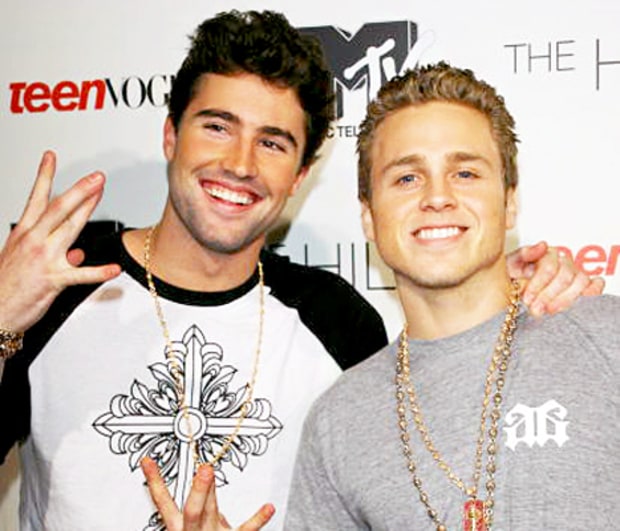 A spinoff for The Hills, wherein Brody Jenner was the only star cast, was also created  . The series focused on Brody and enlisted nine men to compete for the opportunity to win a close male friendship ("bromance") with him.

He also featured in Kourtney and Kim Take New York as himself in 2011 and in The Playboy Morning Show in 2012.

The American talk show premiered on July 10, 2015, on E! Television network and featured Brody, actress Stevie Ryan, and relationship therapist Dr. Mike Dow as they discuss various topics related to sex and relationships. The show did not receive a positive response from the targeted audience but became quite talked about nonetheless.

Image: Brody on sets of Sex with Brody

BRODY JENNER HAS A NET WORTH OF $10 MILLION

For every appearance he makes on screen, he demands a handsome salary. With all his success in TV career, he has made an astounding net worth of $10 million. For his shows The Hills and Bromance, he has been nominated for Teen Choice Awards in 2006, 2008, and 2009.