Frostsnow https://frostsnow.com/
Home Gossip Is Brandon Blackstock as Rich as his Wife Singer Kelly Clarkson? Know About his Net Worth and Career

Is Brandon Blackstock as Rich as his Wife Singer Kelly Clarkson? Know About his Net Worth and Career Winner of the American Idol season 1 in 2002, Kelly Clarkson is married to husband Brandon Blackstock. Brandon and wife Kelly married on October 20, 2013. Brandon and his wife Kelly have two children; daughter River Rose and son Remington Alexander, together. Brandon is also the father of Savannah and Seth born from his first marriage with ex-wife Melissa Ashworth. The estimated net worth of Kelly's husband Brandon is around $5 million.

The husband of Kelly, the two-time Grammy award winner for her album Breakaway, is also the CEO of Starstruck Entertainment. He is also a pilot and a talent manager. Brandon is popular for his contributions to Blake Shelton Live: It's All About Tonight in 2010.

Me and my hubby went to see Finding Neverland with my family and it was FREAKIN FANTASTIC :) Amazing cast!! So talented!!

While the details about the professional life of Kelly is available easily, the information about Brandon's career history is not much known. To know more about Kelly's husband Brandon's net worth, career and awards, keep on reading below.

Net worth of Brandon Blackstock

The salary of the multi-professional Brandon hasn't been made public yet. However, the annual income of a talent manager varies depending on a variety of factors including experiences. According to salary.com, a talent manager's salary ranges between $104,453 to $142,242. On the basis of this data, we can assume that Brandon's salary must be similar.

Moreover, Bradon is also the CEO of Starstruck Management Company. Although the annual income of Brandon from the entertainment company is yet to be disclosed, the average salary of a CEO working in an entertainment company is around $538.1 thousand annually. This does not include the average annual bonus of $467.7 thousand and a total short-term compensation of $625.3K.

Brandon and Kelly's mansion at Tennessee

Talking about the properties of the Blackstocks, Brandon and his wife Kelly along with their adorable children live in a magnificent mansion with seven bedrooms and nine-and-a-half baths located in Tennessee. The property worth $2.8 million spreads on a four-acre land.

Brandon was born as Narvel Brandon Blackstock in a musical family, his early life and the educational background hasn't been disclosed. But it is known that he is a pilot and a talent manager.

His father Narvel Blackstock, who owns the Starstruck Management Company, has appointed him as the CEO of the company. He has been working with the company for a long time.

He is renowned for being the tour manager for Rascal Flatts, a country band, and a manager of the reality show The Voice, judged by Black Shelton. 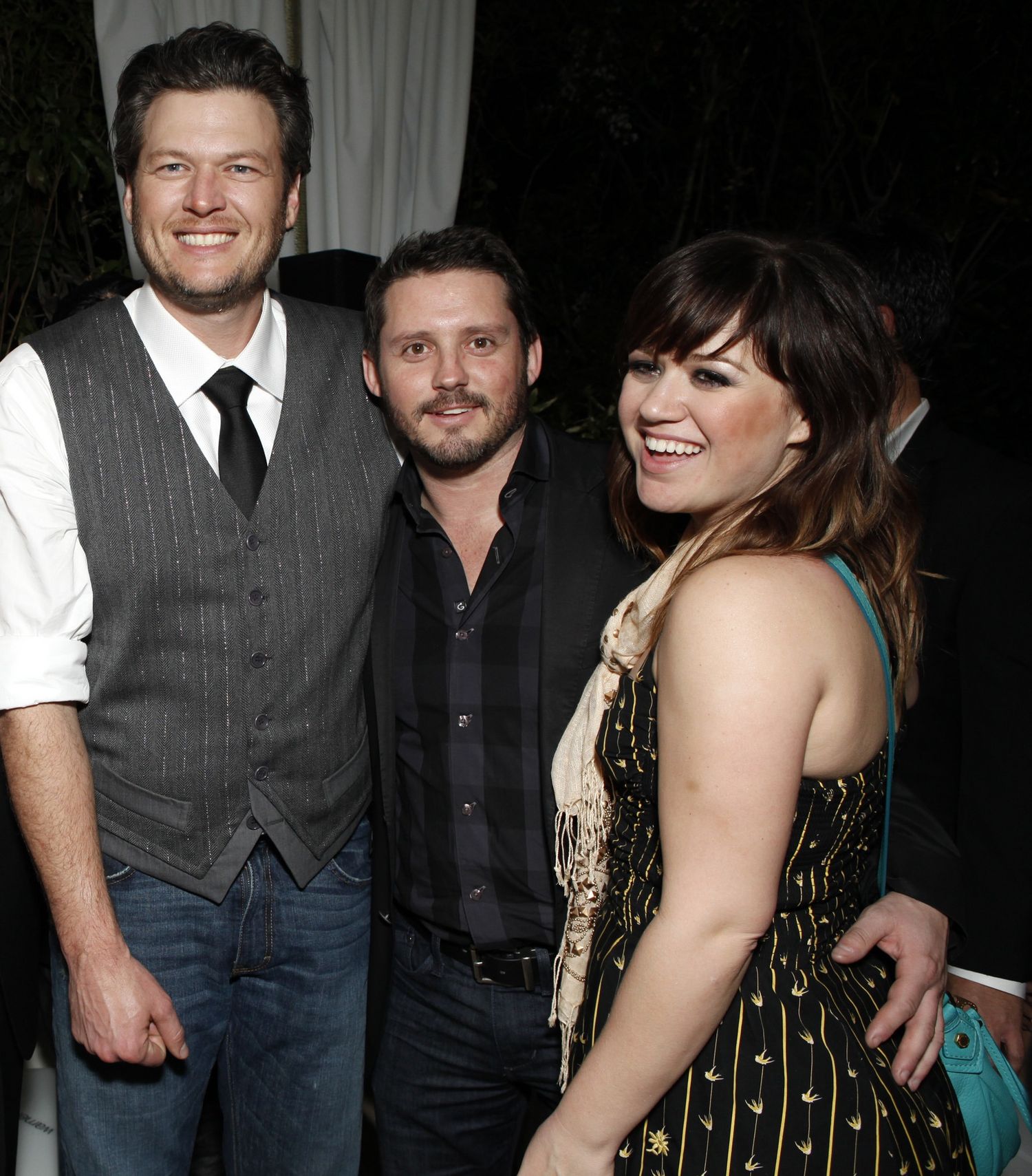 Hope Brandon's net worth increases more in future days and he lives happily with wife Kelly Clarkson and his children.