It’s official: Sara Eisen and Matthew Levine are husband and wife. Eisen’s personal life had always been a matter of interest to her fans as she is not only an amazing host but also equally gorgeous. Many men’s heart broke when Eisen’s marital news came in limelight.

We must admit that Levine is the lucky guy who married the CNBC anchor Eisen. Let’s have a closer look at who Eisen’s husband is and how is their married life going on at present.

Eisen’s husband Levine is the managing director of Bloomberg TV. He handles almost all the editorial content of the network in the US.  As they both are into the television industry, we believe that they met because of their profession. 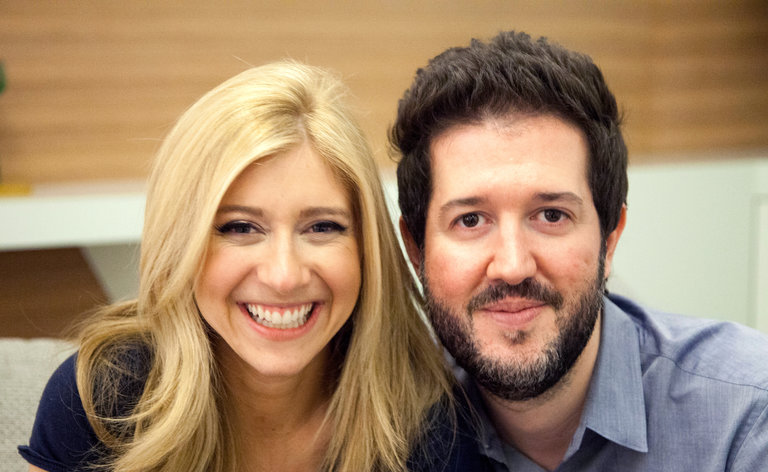 Eisen tied the knot with her long-term boyfriend Matthew Levine on 29th May 2016. Their wedding ceremony took place at the Weylin B. Seymour’s, Brooklyn among close friends and family. Eisen looked more than gorgeous in a magenta gown during her wedding day, and Levine wore a neat Tux. Levine’s bow-tie’s color was matching to Eisen’s gown which made the couple looking like they were actually made for each other. They look really happy in all of their wedding photos. The level of Eisen and Levine’s happiness hasn’t gone down, as their relationship is going pretty amazing.  They spent their honeymoon in Thailand.

Few glimpse of their honeymoon trip could be seen on Eisen’s Instagram posts.

Another day in Thai jungle #paradise

On 1st August 2016, Eisen posted a photo of a baby on her Instagram with caption: ‘Going after the younger demo but baby Gerson is bored’

Going after the younger demo but baby Gerson is bored

There were rumors that the baby was Eisen’s own, however, it appeared to be false as Eisen never showed any signs of pregnancy. She has always been in perfectly fit shape since the beginning. Thus, it seems like the baby is not hers but of her cousin or relatives.

Even though it has only been a couple of months of Eisen and Levine’s togetherness, their relationship appears to be very strong. They celebrated their 2017’s new year in San Francisco, California. A moment of their trip was seen on Eisen’s Instagram where the pair was seen with a broad smile on their face and matching jackets as well.

We believe that Eisen and Levine’s marriage is gonna go a long way as they show no hint of divorce. We hope to hear the news of Eisen’s pregnancy soon. Best wishes to the amazing pair.