The multi-talented American actress, producer, and model Bo Derek was married to John Derek. Currently, she is having a love affair with actor John Corbett. Do you know what happened to Bo Derek's husband John Derek? Do you know the reason behind the separation of Bo and John Derek? Well, it wasn’t the divorce that separated them. John died due to some serious condition. What was it?

Do you know what kind of relationship did Bo Derek and Blake Edwards had? We are here for you. Know all the information about Bo relationship's truth and rumors.

John Derek and Bo Derek married in the year 1976. Bo married John soon after she turned eighteen. During that period John was married to Linda Evans who was a famous actress. John and Linda stayed together for six years from the year 1968 to 1974 as John left her to marry Bo Derek. Bo, 61, and John met when Bo was just 16. She was a model at that time. After two years of their love affair, they eventually got married in 1976. This couple stayed as husband and wife for twenty years until the day John Derek died on 22 May 1998 at the age of 71. He died of some cardiovascular disease.

According to Daily mail, Bo Derek confessed that she feels ashamed that she was the reason why John Derek broke his marriage with ex-wife Linda. Bo despite knowing the fact that John was married to actress Linda Evans, they started being in a relationship and fell in love while shooting in Greece. 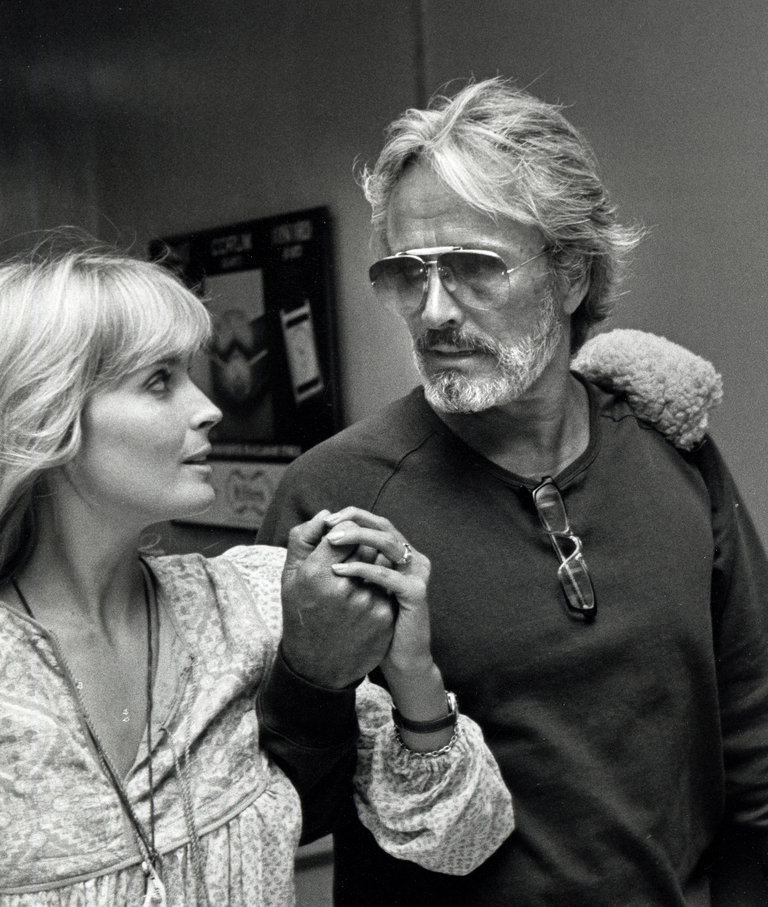 After falling for each other, this couple moved to Germany just to avoid action from California laws as Bo was very young and then they returned back to States again. They returned to California as Bo turned 18. Then this pair married and stayed together until John died.

Remembering the incident Bo Derek said, 'I just hate myself when I think about doing that. That's the worst thing you can do. It was very complicated, and dramatic, obviously.'

Great Doc on PBS tonight "For the Troops". I had the honor to be part of the 2001 Holiday Tour just after 9/11. @kevin_wensing

After John Derek died in the year 1976, Bo solely focused on her career. She stayed single for five years after John's death and then finally agreed to make a blind date with the actor John Corbett. These days they are living together in California.

As this couple, Bo Derek and John Corbett, 56, are very much close to each other, they have also shared many movies together. Due to this fact, many of their fans assumed that they will soon get married. However, proving everyone wrong, the couple has been in a relationship for more than 15 years without getting married.

John confessed months back that Bo and he aren't getting married.

John Corbett said marriage is only the way for divorce and separation. He revealed their happy relationship secret is not getting married and said that the secret to having a successful relationship is not to get married in the first place.

Bo Derek had a very fluctuating life and career but, she has managed to overcome the obstacles every time. She is living a happy life with her partner John Corbett now and we wish they stay together forever.

What do you think about Bo Derek? Please, leave your comments below.