Blac Chyna's daughter Dream Renee Kardashian: Know All the Interesting Facts about her One of the famous Hollywood ex-couple Blac Chyna an American model/entrepreneur and her ex-fiance Robert Arthur Kardashian an American TV personality/businessman became a parent of a child, a daughter on November 10, 2016, at Cedars-Sinai Medical Centre in Los Angeles, California.

Though Chyna and Robert were in the news for several times for their volatile relationship, things certainly got lively for their fans when the new born child, Dream Renee Kardashian made the headlines. You all may be confounded by the fact, but unexpectedly, it seems to be true.

Here are the details.

Why is Dream Kardashian making Headlines?

The new born child of Chyna and her ex-fiance Robert became the center of attention and a hot topic on the social sites recently. Why?

The story started when Dream's father, in the morning hours on Wednesday, posted a video of Chyna with another man on his Twitter account with the caption, "Today Chyna sent me a video after I just bought her 250K of jewelry and she sends me this video of another man in our bed."  Check out the video below.

Today Chyna sent me a video after I just bought her 250K of jewelry and she sends me this video... of another man in our bed pic.twitter.com/3rE4luXilJ

Robert also took to Instagram posting a nude picture of Chyna accusing her of cheating him. Also, check out the Instagram photo.

Nude photo of Chyna posted by Robert on his Instagram

Chyna's fans were quick to defend Dream and suggested Kardashian to stop airing out his personal business for the sake of the child. But this isn't all the news on the new born baby.

Here are some unknown facts on Dream Renee, which made the little girl catch so much of media focus.

Dream Renee, first child of Robert and the second child of Chyna

Robert took it to Twitter to show his love to the new born baby girl by tweeting;

We had a beautiful baby girl that was the best thing that's happened to me and soon as that baby was born Chyna was out.

And you all may be wondering who the first child of Chyna is? Let's find out. 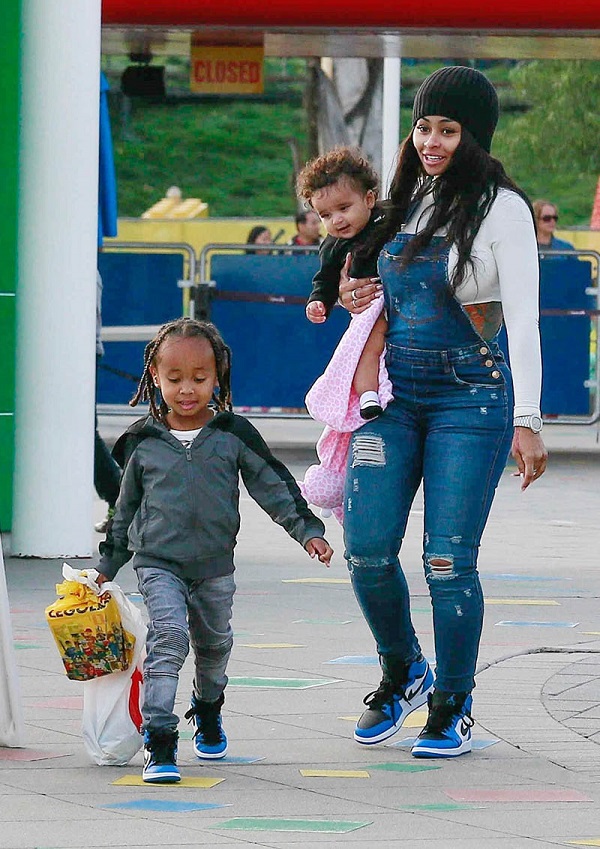 Black Chyna with her children; son King and daughter Dream

Robert's doctor, Paul Crane, delivered the baby girl and her birth was filmed for her parent's E! reality show "Rob and Chyna." The show reflected the parent's journey through pregnancy till the delivery.

Check out the highlights of the show in the video below.

Their fans enjoyed watching the softer side of the couple, but on a sad note, Chyna and Robert broke-up soon after the wrapping of their show.

We hope smile remains on her cute little face.