Binky Felstead Reveals Her Pregnancy With Boyfriend JP Patterson, Initially Not Happy To Be Pregnant

A famous British Television personality, best known for her role in Made in Chelsea-NYC, Binky Felstead has been making headlines for her pregnancy from months. She is pregnant with a baby of her loving boyfriend JP Patterson which is considerably gaining a wide attention and curiosity.

Is it true that Binky Felstead is really pregnant with her boyfriend JP Patterson? If yes, then are they still together? Along with these, there arise a lot of questions regarding Binky Felsted's personal life.

Added to that, we are sure that you are eager to get answered about all the queries regarding her private pieces life. Don't worry, we are here with all the details related to these queries. Just stay with us.

The Made In Chelsea star Binky Felstead is currently looking forward to being a mother as she revealed herself being pregnant with her co-actor JP Patterson on various social medias sites.

As Binky real name Alexandra Felstead amazed her fans and with the good news of her pregnancy, the 26 years aged blond beauty revealed along with being happy she was initially horrified at this news and mentioned her reactions when she comes to know this.

Video: Pregnant Binky Felstead reaction when she was expecting a baby with ex JP Patterson

In an interview with HELLO! magazine's "My first reaction when I saw [the positive test], honestly?", Binky Felstead said:

It was " S**t ". My heart stopped. I burst into tears. Josh and I weren't talking at the time and I was really overwhelmed. We love each other a great deal and there's no pressure - but you do have to take the past into consideration, where there have been a few hiccups. We're just taking it very easy.

Moreover, Binky Felstead has also shared some pictures on various social media sites like Instagram and twitter during her pregnancy. Let's have a look on them.

The picture posted above was uploaded by Binky Felstead herself on the third-forth month of her pregnancy in which she says "My little summer baby brewing."

Twitter: Reaction of Binky's friend when she told them about her pregnancy

So I told my girls last night for the first time whilst filming for the new series ... ?? All… https://t.co/pXKS9DyQF5

Now, to know about her current relationship status and dating history with JP Patterson, keep scrolling.

Binky's affairs and dating history with her boyfriend JP Patterson

Binky Felstead first met Josh Patterson while the duo was casted for the famous television series Made in Chelsea. Well, just like in a romantic Movie, It happened! The couple fell for each other at the first sight.

During working on Made in Chelsea as co-actors, the couple went on several dates together which cause their beginning of the affair.

The above picture was posted by Binky Felstead on her Instagram account in which she mentioned that she had a lot of fun with her boyfriend Josh on a fashion show. Including this, the couple was spotted in various places together and was caught by many fans smooching around.

After so long, JP Patterson split with Binky Felstead in series 11, telling her she needed to work on herself. Binky then enjoyed a summer in the South of France before returning to London to find out whether Josh had changed his mind.

At that time, the couple got back together but broke up again after Binky admitted to kissing someone else, on which Josh said that he wouldn't be able to forgive her.

However, JP revealed his relationship with Binky was back on in October 2016. This was also not long-lasting as they again separated with each other after a series of arguments over Binky's friendship with fellow cast member Julius Cowdrey.

And after JP comes to know that he is gonna be a father to the child which was developing in his ex-girlfriend's womb, he again became a part of Binky Felstead life. Recently, again The Made in Chelsea were seen together spending the day in Wimbledon buying essentials from Jojo Maman Bebe. 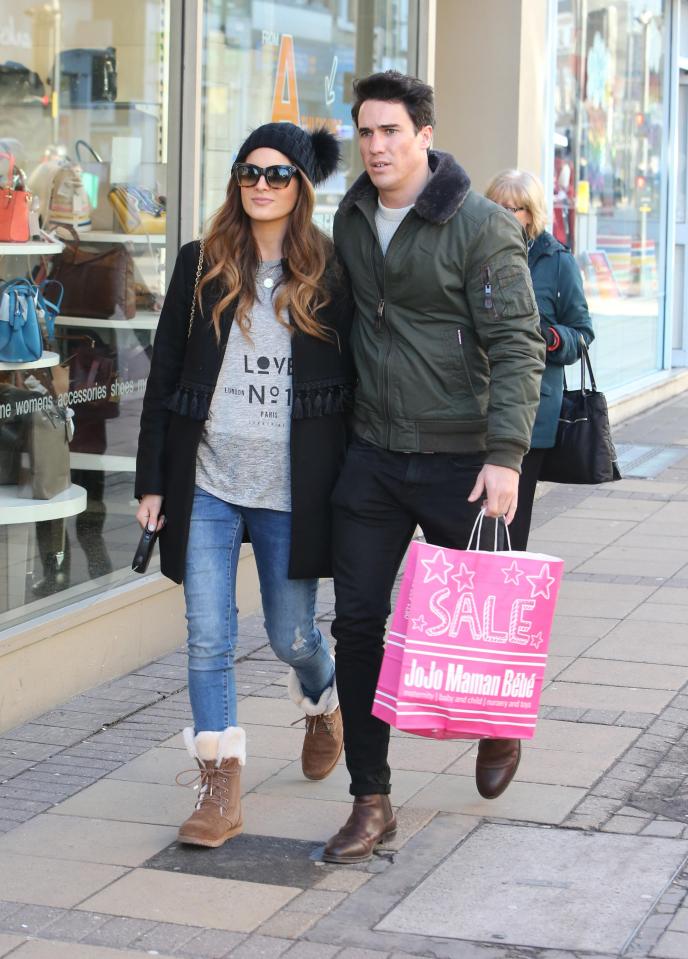 Binky Felstead and Josh Patterson shopping for their child

Josh Patterson totally denied the fact that they are again dating each other saying that;

We are in no rush to start dating again just because we're having a baby together. It has to be for the right reasons. We love each other a great deal, and there's no pressure – but you do have to take the past into consideration, where there have been a few hiccups.

Similarly, Binky also says the same thing but in a total confusing way. She says:

We're not dating anymore. We go on dates and hang out. It would be silly for us to rush back into anything but we want to focus on the future now, rather than the past.

So far, Alexandra Felstead has also shared her picture with JP Patterson in which we can see her baby bumps.

When you get the best surprise you never knew you always wanted ... There's a little 'buh' on the way ?????? pic.twitter.com/iPJHw0keF4

In this tweet, the caption says everything; "When you get the best surprise you never knew you always wanted ... There's a little 'buh' on the way"

After this long discussion, now the major question arise regarding their personal life is that Will the couple get married in future? The answer to this question lies in future and only time will show us if they really will. Right now all we can do is to wish them all the very best for their life.