Billy Bush, member of the Bush family is the co-host of the entertainment news show Access Hollywood & the latest addition to NBC’s Today program. Here we are going to talk about his married life and relation with his beloved wife Sydney Davis.

The pair have been married since 1998 and seems happy with their relationship. More of their dating, relationship and married life are discussed below.

It has been eighteen years that Billy and Sydney took the vow to care and love each other. Sydney is really happy with her married life as Billy is a family guy. During his marriage prior days, he had plenty of time for his family because his job didn’t have bulk works compare to now.

Hiking with lady long legs. Nice to get out

29 October when Billy Bush was back into the social media, he posted this image on Instagram with his wife Sydney Davis on the side

But as I said he is a family guy he is always there for his family to fill every relationship needs. In August 2016, he along with his wife got a similar tattoo of tiny crosses including his daughter named Josephine on her 18th birthday occasion. According to Billy other two daughters will be getting the matching tattoo when they will turn 18 years old.

Bush and Sydney's relationship is at risk due to a leaked controversy tape. In the tape, Billy can be heard making lewd comments about Arianna Zucker and didn't spoke a word when Donald Trump made the vulgar comment of Nancy O’Dell, Bush’s Co-host.

Later he apologized that he was feeling embarrassed for the conversation between him and Donald Trump but he didn't speak anything about his wife. Though these things had brought conflict the couple were spotted in the way of date night recently.

During the period the couple passed through a hard time which could lead there 18 years of married life into divorce. But the way Sydney reacted over Bush during the recent date night looks like they are getting closer and trying to forget the incident like that has ever happened. 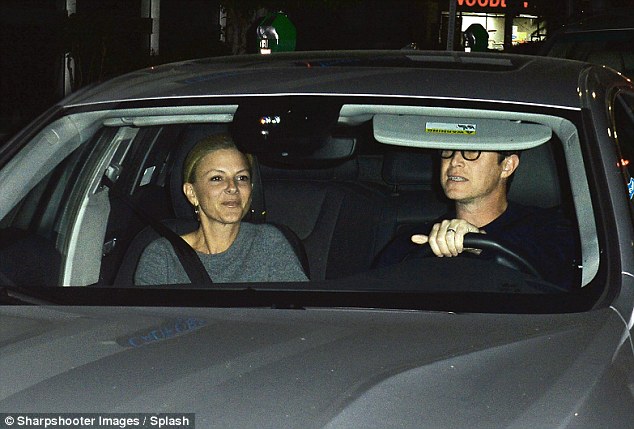 Billy Bush with his wife for dinner in California for the first time since he was fired from the Todays Show.

Moreover, he was suspended from the Today's show before Bush quit the show on 17 October 2016 as he reached his settlement with the show.