Frostsnow https://frostsnow.com/
Home Gossip Beyonce To Spend $500000 On A Baby Nursery With Husband, Jay-Z, Know Her Net Worth

Beyonce To Spend $500000 On A Baby Nursery With Husband, Jay-Z, Know Her Net Worth What a luck it will be to be born as Beyonce and Jay-Z’s child. Even though the pair’s twin kids are yet to arrive in this world, they are already making news headlines. Recently, sources have claimed that the couple has decided to spend $500,000 to create an exclusive nursery for their yet to be born children.

While we definitely feel that the amount Beyonce and Jay-Z have decided to spend for Blue Ivy’s children is huge, but it’s not a big thing for the celebrity pair. According to 2017 March’s reports, Beyonce has a jaw-dropping net worth of $290 million. Let's get

Grammy winner Beyonce and Jay-Z want to do everything they can for their unborn twin babies. A source reported that the pair has renovated their LA home by breaking the wall between their two bedrooms

The pair has already spent $30,000 for the yet-to-be-born twin baby’s matching rockers and cribs with a designer sheet. They have also bought a $50,000 worth state-of-the-art sound system to play music so that their babies can enjoy.

Image: Beyonce with her husband Jay-Z

The $500,000 worth nursery will have its own kitchen, fireplace, and library. Moreover, there will also be a mini movie theater that will cost them $200,000. The nursery’s ceiling will be a galaxy where Beyonce will spend $20,000.

The pair is all set to welcome their twins in summer. At least one of the baby will be a boy as expected by the couple. A close source said:

‘They wanted another child and after a few years of trying, it’s a great feeling. Beyonce’s very happy.' 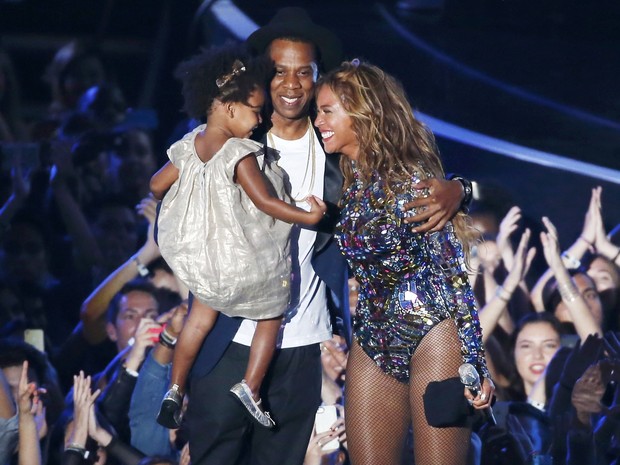 Image: Beyonce with her husband Jay-Z and daughter Blue Ivy

In case if you have missed Beyonce’s pregnancy photo that shook the internet, Beyonce took to Instagram to reveal the great news of pregnancy. Have a look at it below:

We would like to share our love and happiness. We have been blessed two times over. We are incredibly grateful that our family will be growing by two, and we thank you for your well wishes. - The Carters

She thanked all her fans and well-wishers while she opened up about her pregnancy. She also revealed then that her family will be growing by two.