Rumors traveling through the grapevine prevailed long before today— maybe centuries and centuries ago. But in this new millennial, grapevine actually has a physical form— it is the interconnected networks of thousands of gadgets all around the globe, becoming a haven for rumormongers.  One gossip from one virtual person and the deed is done.

Same is the story with English actor Ben Chaplin, who was rumored to be secretly married to his long-time girlfriend Rocio Oliver. This rumor started when a tweet surfaced referring to Chaplin. A fan had tweeted “They certainly looked like a happy couple” on July 27, 2016. Let's learn more about their love affair and dating life. Just stay with us.

Love Affair and Relationship of Ben Chaplin And His Girlfriend Rocio Oliver: Are they secretly married?

The 47-year-old actor himself was said to have been spotted sporting a “likely to be a wedding ring” on his ring finger.

People put two and two together and came up with a six. No official sources concerning either Ben or Rocio have confirmed (or denied) the alleged “private and intimate marriage ceremony”.

Chaplin is said to have been involved in a romantic affair with Rocio since 2009. But in 2014, during the filming of his movie Cinderella, Chaplin was allegedly spicing things up with his on-screen daughter- Cinderella herself, who was played by 29-year-old Lily James. Both the parties had denied such rumors. 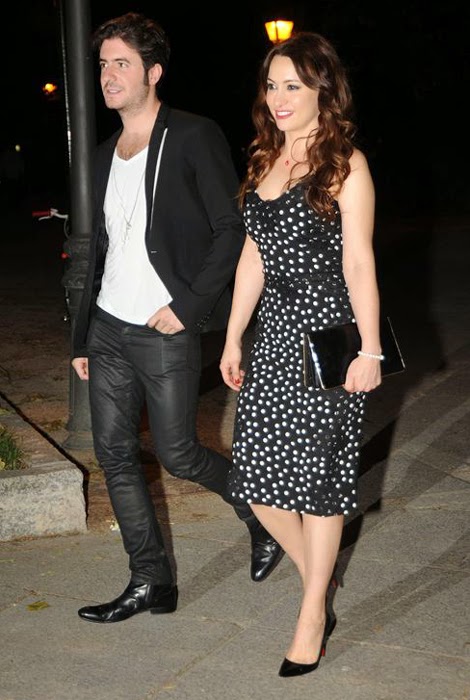 Prior to Rocio Oliver, Chaplin is said to have been in three serious relationships. The most talked about being the one with 52-year-old American South African actress Embeth Davidtz of the Matilda fame. Their affair reportedly began while shooting for their movie Feast of July.

After this relationship, Chaplin is said to have moved on and dated Indian actress Rani Mukherji and American actress Megan Dodds.

Amongst all these, it was once rumored that Chaplin was secretly gay and was not ready to come out. But we seriously doubt such an issue ever existed. We don’t know for sure what is going with Chaplin’s personal life as a matter of fact. We hope someone with credibility comments on this soon and put us out of this curiosity based misery.