Frostsnow https://frostsnow.com/
Home Gossip Beauty & the Beast cannot release sooner for Hilary Rhoda as she is massively excited for the movie 'Beauty and The Beast'  is probably one of the most awaited movies of this year. And who wouldn’t be excited to watch a movie on a big screen, which you as a child grown up watching? I think I can safely assume that every one of us has watched the animated version of the movie and now we will be able to watch a real life version of it.

And just like all of us, Hilary Rhoda is also a big fan of this movie. As a matter a fact, she is so excited about the movie that she even tweeted about it. Rhoda said,

“Perfection. Cannot wait for this!”

Well, talking about the movie Beauty and The Beast, it is the remake of Disney’s 1991 animated film of the same title. When it was released back then it was a huge success and earned around $17,754,905 in the opening weekend. The movie is an adaptation of the Disney fairy-tale about a preposterous prince and a young woman who fall in love. This movie gained a lot of fans around the world and with the news of its remake, many fans were overwhelmed to hear about it, including Hilary Rhoda.

The cast of this movie just adds more flavor to the movie. A young lady named Bella, who is captured by the Beast is played by Emma Watson. We all know Emma for her role as Hermione Granger in the Harry Potter film series. The sexy and beautiful Emma Watson has shown her versatility as an actress with her roles in many movies and we think she will be perfect for the role of Bella. Beast is played by Dan Stevens who became famous for his roles in movies like The Guest and A Walk Among the Tombstones. The movie's cast also include the Academy Award and two-time Tony Award winner Kevin Kline, who portrays the role of Maurice. 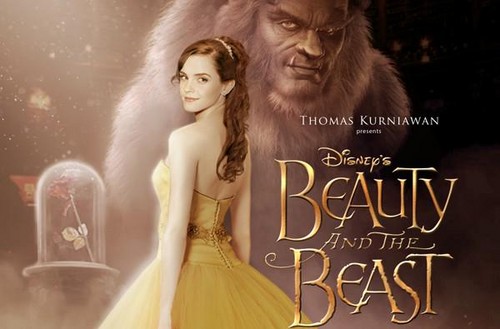 By now, I guess all of you are probably getting impatient to watch this movie. The most exciting part of this movie is that it is in 3D. Well, it may be the reason that Rhoda Hilary is so eagerly waiting for the movie to release. Talking about Hilary, she is an American model and has appeared in the Sports Illustrated Swimsuit Issue multiple times. She was born on April 6, 1987, and we assume that she also grew up watching the animated version of the Beauty and the Beast.

Born in Chevy Chase, Maryland and raised in Rye, New York, Rhoda began her career as a model during her sophomore year. She was discovered at a ProScout event in Washington, DC and chose Woman Model Management to represent her. Now Hilary is represented by Elite Model Management in New York. Since her career began as a model she has featured in many magazines like Vogue, Max Mara, Bazaar and Sports Illustrated Swimsuit. Hilary’s successes lead her to become the twelfth in the list of The World’s 15 Top Earning Supermodels by Vogue. Rhoda ranked sixth in the list of the world’s highest paid models by Forbes’ in 2013.

The movie is set to release on March 17, 2017, and not a surprise we are eagerly waiting for its release. We wish all the very best for the movie and hope it succeeds Hillary's expectation.

Want to say something about the movie or Hillary? Please, leave your comments below.