For the basketball lovers, American basketballer Shannon Brown is not a new face. He currently plays for  Delaware 87ers in the NBA.As part of a 3-team deal, Brown went to the Chicago Bulls In February 2008, where he got the chance to play alongside Derrick Rose.  The 32-year-old basketballer is a 2-time NBA champion and, due to his successful career, he is estimated to have a 2018 net worth of $8 million.

Shannon Brown is currently married to his lovely wife, Monica Denise Brown, who is an American singer known by her stage name Monica. Well, the couple who married privately first got married again for their families and relatives. Currently, the happy couple is living together since 2010 and are parents of 4 children.

Want to know more about the couple's relationship and marriage? Let's know the details of Shannon Brown relationship, married life, children and past affairs.

Shannon and Monica have shared 8 years of togetherness till date after meeting for the first time in 2010. The love story of Brown and Monica fired up after music-lover Brown was consulted to play in Monica's music video Love All Over Me. And since June 2010, they started dating.

After a few months of dating, The Boy is Mine singer got engaged to her boyfriend Shannon Brown in October 2010,  flashing her large rose-cut engagement ring in a photo shared via Twitter. 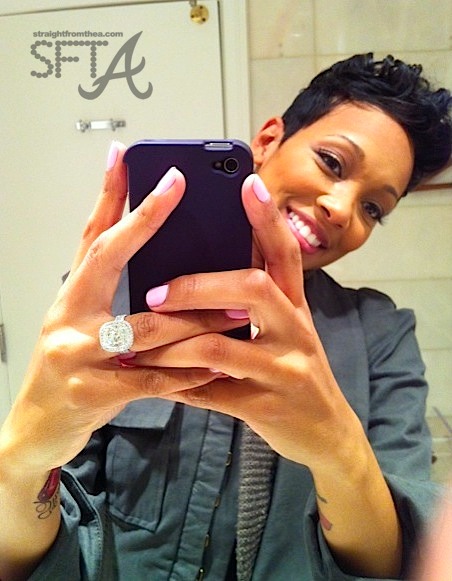 The couple, later, on November 22, 2010, got married in a private ceremony in their home in Los Angeles, which was publicized on January 21, 2011, when Brown told the Hip-Hop Non-Stop TV-Show.

But their secret marriage seems to have been disliked by their relatives, so they again tied the knot in July 2011 at Vibiana, a 19th-century cathedral in downtown Los Angeles in front of their family and close relatives.

Monica and Shannon Brown married again for their family and relatives

Wow! Recalling the special moment with your loved one is really the happiest thing ever.

Excited to watch the moment? We do have a video of the couple's marriage. Have a look.

And talking about the guest list, it included Brown's then- teammates of the LA Lakers,  Kobe Bryant and Derek Fisher and New York Knicks star Carmelo Anthony and his wife Lala Vasquez.

Are Shannon and Monica divorced?

Many started assuming that Monica and Shannon's relationship had deteriorated after they were not seen together for a long time in public. Shannon was even accused of cheating and many guessed that the couple might have split.

Monica also made an appearance without her wedding ring and the pair reportedly unfollowed each other on Instagram. Shannon hasn’t even posted a photo with Monica for months. And Shannon's deleted post also hinted that something bad was going between two. Have a look.

But, as it happens often, in 2017 Shannon posted a touching message on his Instagram page regarding his strong bond with Monica and praising her. He captioned, "We have been married for more than a few years now. We have had our fair share of ups, downs, good times, bad times whatever but whether you like it or not there will forever be a Code Red situation about her."

However, Shannon seems to have deleted the post and deactivated his account. But, it seems that the couple is together back again, and enjoying the moments behind the scenes. Plus, no news of the couple's separation or divorce has surfaced on the internet as well.

Hope the couple will make their public appearance soon.

Past affairs and children of Shannon Brown and Monica

Both Shannon and Monica have had affairs in the past, before they met each other. Before marriage, Shannon was reported to be in a relationship with his girlfriend Sharde. Shannon and his former girlfriend lived together in Marina del Rey and they even shared a son, Shannon Christopher Brown.

And talking about Monica's past affairs, prior to Shannon, she was in a relationship with Jarvis Weems, but later broke up in 2000. After that, Monica met rapper Rodney Hill, aka Rocko, a former SWA officer and real estate manager. However, they parted ways in 2004.

Sadly for some couple, they are not meant for each other. Rocko and Monica split forever in early 2010. Monica even now seems to be in good terms with her children from her relationship with Rocko. Have a look.

Oldest to youngest you’re covered... I’m always praying for each of you! Have a great day!! @a1_uno @rockohill @romelohill & @laiyahbrown !! I had to repost baby girls fire safety tips LOL & Romelos game! #MyCommentary ????‍?? @romelohill likes it tho LOL

After splitting with Rocko, it didn't take much time for Monica to find her soulmate Shannon Brown.

Shannon and Monica, after 2 years of their official wedding, welcomed their daughter, Laiyah Shannon on September 3, 2013. The second child for Shannon and the third one for Monica.

Have a look at the photo of Laiyah shared by Monica.

Im always asked when is the baby coming !! God she got to ask @toyawright herself .. LOL.. This girl loves her TT?? #NewOrleansBornAndBred #GoodPeople ??

Even though the family moment lacks the essential appearance of Shannon and they both have stopped appearing together in public for some time now, we wish the happy family a lot of happiness.