Bae Yong-joon is Living Happily With Husband Park Soo-jin and Children, Without any Divorce Rumor Bae Young Joon, with his attractive appearance and successful career, is a man crush for many women. But despite many women wanting him, he has his eye on only one woman. Well, you all know that she is none other than Park Soo Jin. In fact, the two are already married.

Today, we are going to give you exclusive information about their happy married life. Stay with us to know more.

Bae always believes in keeping his personal life away from the media. Moreover, he prefers keeping his private and professional lives separately.

Bae Young Joon and Park Soo Jin got married on the 100th day of their dating. The Dream High actor and the Flower Boy Next Door actress tied the knot in July 2015. Their wedding was closed to the public while people were very curious about their wedding and what was it like.

But the most controversial thing about their wedding was the video of intimate moments shared by the couple on their wedding day. The two were dancing,  sharing a deep kiss while crowd seems to cheer them up.

It was so nice to see them so in love. However, there were people pointing them were saying,"Wouldn't their parents and family feel uncomfortable watching this?".

South Korean actor Bae Young Joon and his wife Park Soo Jin married in 2015 and they welcomed their first child in 2016. Park gave birth to their son at a maternity clinic in Gangnam, Seoul.

As they do not want their private life to be publicized, they have shared only a handful of photos of their newborn son. 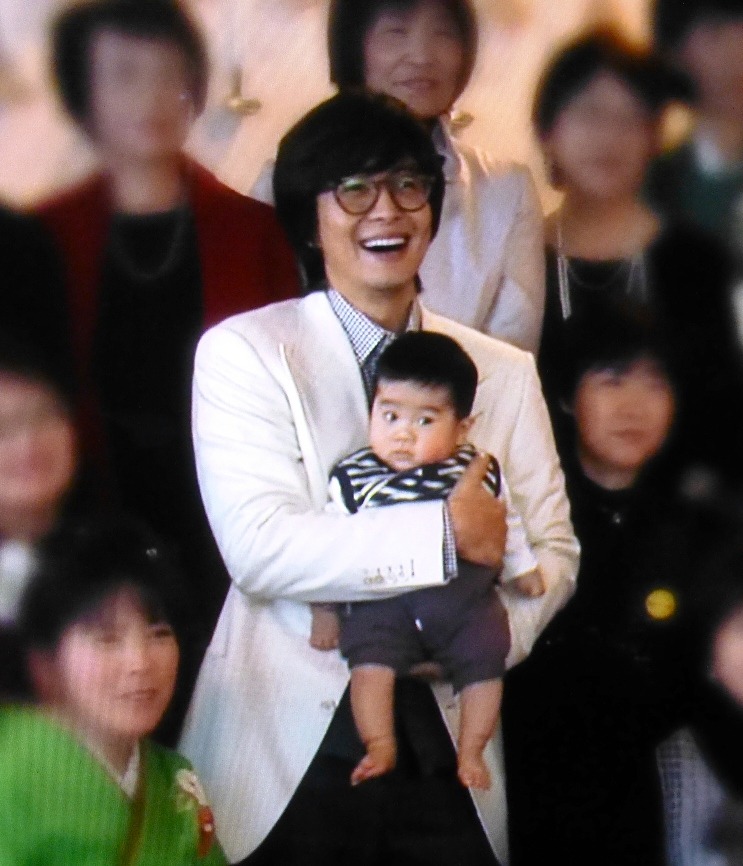 Bae Young Joon with his son

Park Soo Jin got pregnant soon after filming Olive TV's Oksoodong Chef Master. Well during her first pregnancy she told that she wanted to focus on her family and won't be returning to the screen anytime soon.

Park Soo Jin pushing a stroller with the baby son inside

But that is not all. Here is another good news. On August 23, 2017, just a month after celebrating their two-year wedding anniversary, the couple announced they were expecting their second child only 10 months after the first child was born.

Bae Young Joon and Park Soo Jin with their friends

Back then many people criticized Park, saying she married Bae with an eye on fame and fortune. Regardless the criticism and rumors the couple are still together and most of all they are happily expecting their second child together.