Joseph Lo Truglio a.k.a. Joe Lo Truglio, is an American born comedian, actor, voice actor and writer. He is best known for his appearance as Charles Boyle in the Fox series Brooklyn Nine-Nine. Moreover, the actor has appeared in numerous other roles like Steve in 2015 movie The Breakup Girl, Ron in 2017's Win It All, Neil in 2017's Wet Hot American Summer: Ten Years Later and many others. He has worked with actors like Shannon Woodward, Mary Kay Place, Keegan-Michael Key, Jake Johnson and others.

Born on 2nd December 1970, the actor is currently 47-years-old and is married to his wife Beth Dover, who is also an actress and best known for her role in the Netflix series Orange is the New Black. Together, they have a child who is currently a year old. Being a parent is obviously hard, but there is no doubt that the parents are happier than ever about the birth of their child.

Here we are going to talk about the marital relationship between Joe and Beth and also about their child.

Joe is currently married to actress Beth Dover whom he started dating back in 2010. Three years later, Joe popped the question, and as obvious, she said Yes! They got engaged in 2013.

Happy Birthday to my incredible wife, @bethdover1 who continues to crush all things. Thank you for being on this planet.  I love you.

A year later, on 19th April 2014, they got married to each other in a very chic and rustic wedding. The wedding took place in Santa Barbara, and the wedding featured more than 200 friends excluding family members. Some actors who attended the wedding are Thomas Lennon, Chelsea Peretti, David Wain, Paul Rudd, and others. 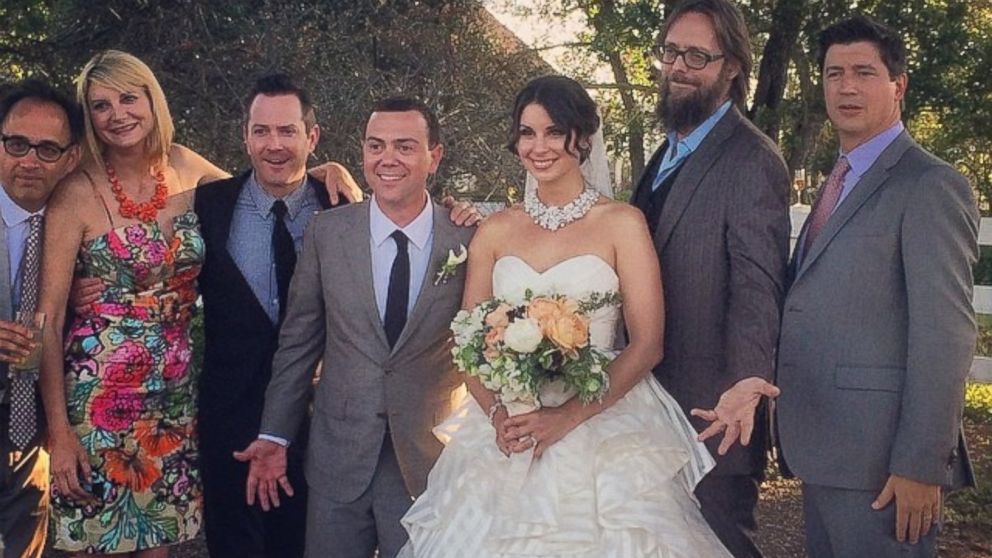 The couple has been together for the past eight years and is married for four years. They are very adorable together and there have been no rumors of the two getting a divorce or splitting up. In fact, they are still going very strong as they love to flaunt each other on their social media.

Together, the couple who have been married for the past four years have a son named Eli James Lo Truglio. The young man is currently a year old, and he was born on 8th March 2016. He will turn 2 in just a few months.

This face says "holy s&@t I'm a Dad." And you're a great one Joe. And heres to my own dad Ed, my step dad Ken, my FIL Joe Sr and all the Dads out there being great. Happy Father's Day!

During Eli's first birthday, mama Beth shared a picture of him right after his birth and also during his first birthday sharing how much he has changed within a year.

Moreover, both the parents love to share pictures of their one and only son on their social media. And despite being just a year old, he is very stylish, and his mother indeed loves to flaunt it on Instagram.

LA peeps. I'll be on the #KTLA morning show in about an hour (9:20am I think?) promoting season 5 of #oitnb if anyone wants to watch. In the meantime, look at how cool my kid is!

We hope that the lovely couple is happier than ever after the birth of their first child, and we are sure that their fans are willing to see Eli get a sibling.