Anthony Bourdain is Dating Girlfriend Asia Argento,Know about his Current Affairs and Relation One of the most professional American chefs, Anthony Bourdain who was best in cooking a variety of dishes, is now sparking a romance with an actress 20 years younger than him, Asia Argento.

The news regarding their love affair amazed millions of his fans. Anthony Bourdain was previously married to wife Ottavia Busia whom he divorced last year and ever since the chef is dating Argento. Curious about their relationship? We will get to the story soon.

Recently, during the shooting of an episode of his show Parts Unknown in Rome, Anthony confirmed his relationship with the actress and singer, Asia Argento.

As per the report, on February 9, Anthony even paid a visit to Argento in Rome. They travel to Italy after visiting chef Ferran Adrià's new restaurant Enigma in Spain. 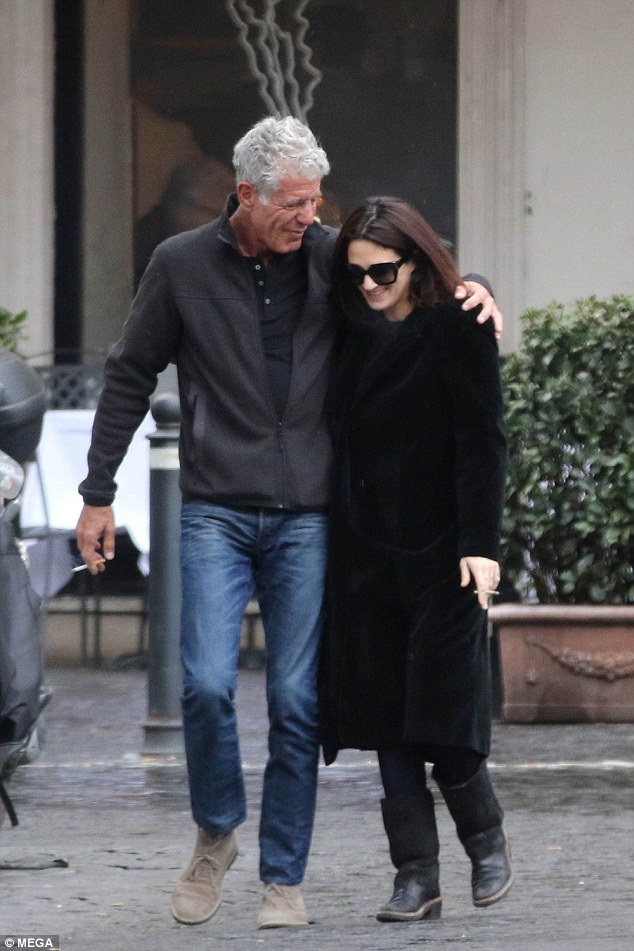 These two lovebirds were also seen walking around the city holding hand-in-hand. They were even found kissing on the street after having dinner at Pommidoro. Check it out. 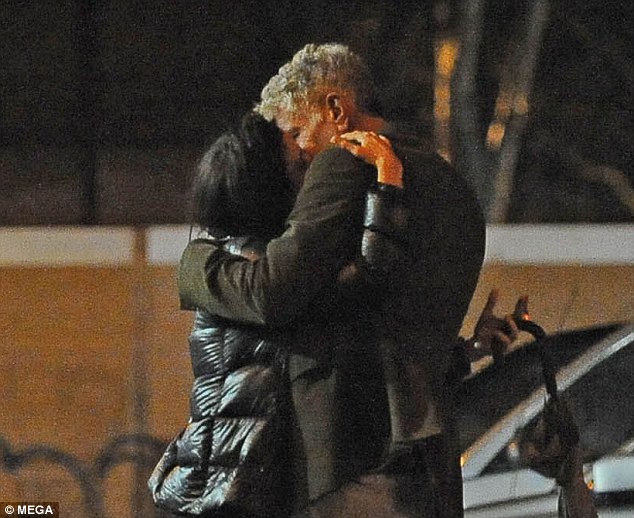 Boyfriend and girlfriend couple; Anthony Bourdain and Asia Argento passionately kisses each other

A day before, Anthony shared his first photo with Argento on his Instagram which spread all over the world within 24 hours. Check it out.

Another Green World photo by @Blue.lou

Bourdain doesn't miss a chance to praise Argento. In an interview, Bourdain talked about the gorgeous Argento. He said,

Always honest, completely unsparing. If you ask Asia a question, you are going to get an answer - and she doesn’t care if it reflects badly on you - or on herself. She’s going to give it to you straight.

Aged 60, Anthony and aged 41 Argento who first met in September while filming an episode of the show Parts Unknown in Rome, seem to be very serious about their relationship.

#PartsUnknown season finale is set in Roma and airs next Sunday. Thank you @anthonybourdain for showing the world the real æternal city

Both the television personalities were previously married. Let's know a bit about their past marital relationships.

Asia Argento was married to a multi-media artist Michael Civetta in 2008. They even were blessed with a child; a son named Nicola Civetta  However, Argento got divorced with her husband after 13 years of their marital relationship. None of them ever spoke about the reason behind their separation. Argento's also has a daughter, Anna from her past affair with an Italian rock and roll musician Marco Castoldi.

On the other hand, Anthony Bourdain was married twice before his relationship with Argento. He was first married to Nancy Potkosa.

Bourdain and Potkosa dated each other since their college days and eventually tied the knot in 1986. However, the couple later divorced in 2005, almost after 20 years of their marital relationship. Soon after a couple of months of his divorce with wife Nancy, Anthony exchanged the vows with his second wife Ottavia Busia, an MMA fighter back in 2007. In the following year, Ottavia gave birth to a child; a daughter and named her Ariane.

Here's a video of Anthony's former wife Ottavia talking about her passion for MMA fight. Check it out.

However, this couple too ended their relationship with a divorce in 2016, after ten years of their togetherness. Then, Anthony subsequently began dating his new love Asia Argento and are now happily together.

We wish the couple all the very best for their future. For more updates, don't forget to visit Frostsnow.

The American chief found dead on June 8, 2018, of an apparent suicide by hanging in his room at Le Chambard hotel in Kaysersberg. He was just 17 days away from his 62nd birthday. On June 13, 2018, his dead body was cremated in France. Who is Rafael Nadal secret girlfriend? Find out his affairs and relationship