Amy Madigan is not only a famous American actress but also a producer, and singer. Amy is best known for her supporting role in the 1985 film Twice in a Lifetime for which she was nominated for Best Supporting Actress in the Academy Award. Her other memorable works are in the films like Love Child (1982), Places in the Heart (1984), Field of Dreams (1989) etc.

The 66 years old, famous Chicago-born actress Amy has been married to Edward Allen Harris since last 33 years. To know more about their married life, stay with us.

Though Amy is in her sixties, she still looks charming as she was in her forties. The gorgeous actress is living a very happy married life with her husband Ed whom she married on 21st November 1983. Ed Harrison is a famous American actor while he has also worked as a producer, director, and screenwriter. Amy and Ed were dating for about 10 months before they tied the knot.  The couple first met on the set of the film Places in the Heart. They have spent a quite long time with each other but still, there is a strong bond of love and respect between them which have kept them in a good relation for a long time.

The very happy couple was blessed with a daughter, LILY Dolores Harris who was born on 3rd May 1993.

Caption: Amy with her husband and daughter

Lily is now 23 years old and she might be planning to debut on the big screen soon. She was seen with her parents in the ceremony where her father Ed Harris was honored with the Star on The Hollywood Walk of Fame where she was captured sitting with her mother Amy. Caption: Amy and her daughter in the award ceremony 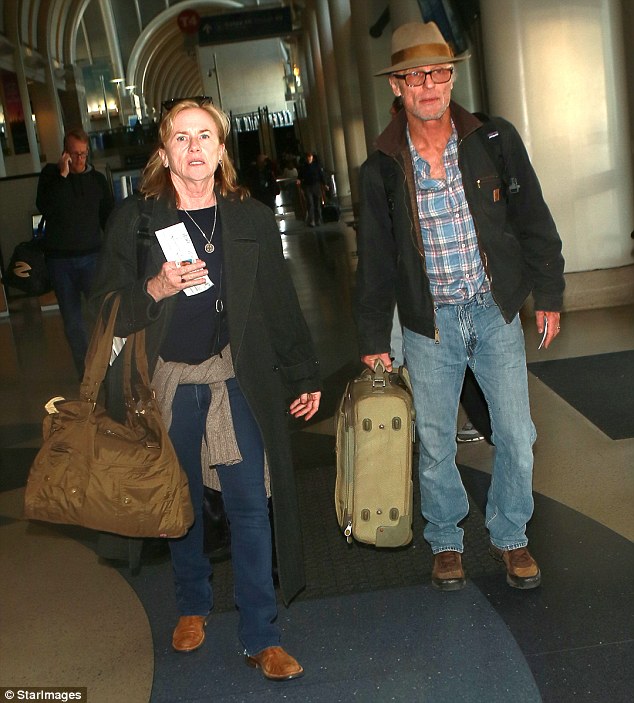 Caption: Amy with husband in the Los Angeles airport

Amy and Ed featured together in Buried Child

Amy and Ed Harris, a real-life couple played in Sam Shepard's 1978 play Buried Child in November 2016. This was the London Stage debut for the couple where Harris played a role of Dodge, patriarch of a dysfunctional family and Amy played Halie, the psychologically troubled matriarch.

We wish the couple all the very best for their future.