American Singer Kirstin Maldonado engaged with her boyfriend. Find out her affairs and relationship. It's official folks, the leading lady of the a cappella group Pentatonix, Kirstin Maldonado, is now engaged. The 24-year-old singer is engaged to her longtime boyfriend Jeremy Michael Lewis, on 30th May 2016. The couple met back in august 2013 through The Sing-off and has been together since. 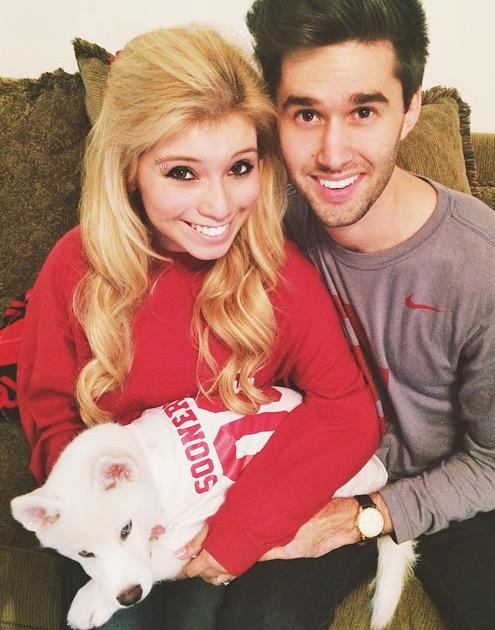 She was in Paris ready to perform with her bandmates for their world tour when her fiancé took the opportunity to pop the question and the location couldn’t have been more perfect. How many can say that they got engaged in the city of love?

Jeremey posted on his Instagram the speech he gave her why he proposed to her, which couldn’t have been more perfect.  He posted a picture of him proposing her with the caption

No words could begin to describe the feelings and impact you have had on my life over the past 2 and a half years, but I'll do my best.
In august of 2013, I was blessed with the opportunity to meet you, the most incredible woman in the entire world. Since that very day not a moment has passed where you haven't consumed my entire being with your love, support, and friendship.
What we have is special. It's something I will never take for granted -- and although there have been countless times something has tried to get in our way and pull us apart, the only thing that matters is that we never listened. We are here, and each day we become closer, and what we have built together continues to grow stronger.

You deserve nothing but the best, and no matter what life brings to us, I promise to give you nothing but my best. I want nothing more than to have you by my side for the rest of my life. Our life.

Kirstin Taylor Maldonado, my darling, my treasure. Will you marry me?
"

Que the Awwws and pass the tissues.

Kirstin also posted a picture of her engagement ring, with a big smile on her face.

In an interview with People, she told that she hadn’t expected him to ask the question, even though they had been talking about their future together. She was shocked when he asked her to marry him.

The happy couple is enjoying being engaged, but aren’t in any rush to get married. Kristin also told the People Magazine, “I’m thinking a longer engagement. Being engaged is such a beautiful next step, and I don’t mind being in that state because it’s just so wonderful and happy.”

She also further adds, “I think what’s really beautiful about us is that he brings me up so much. The second I met him, I was inspired by who he was as a person. We both being wonderful qualities to each other and that’s so important. ”

Kristin has been linked with her bandmates, but they were only just rumors. One of her bandmates jokingly tweeted that he dated Kristin when they were in school together. And other than that there is no information about her past relationships or affairs.

Kirstie and I dated for six months. #notaprilfools