American Model Shantel VanSanten: Find All the Details about her Boyfriend, Relationship and Dating

The hot and sexy model Shantel VanSanten with each of her onscreen appearance leaves everyone wowed. She has featured on the cover page of several renowned magazines like Teen Vogue and Seventeen.

Besides being a model, Shantel is also an actress and gave her notable roles in the CW teen drama series One Tree Hill and The Flash. She has also made her appearances in the movies like The Final Destination, Something Wicked and You and I.

Exactly like her professional life, her personal life is also something people are curious about. After several unsuccessful relationships, this stunning beauty is currently dating an American actor John Fletcher.

Let's learn more about her love affair and dating history. Just stay with us.

With the beauty Shantel possesses, Shantel VanSanten has earned a substantial place in the million of hearts. And yes, there is someone special too that has captivated her heart too. 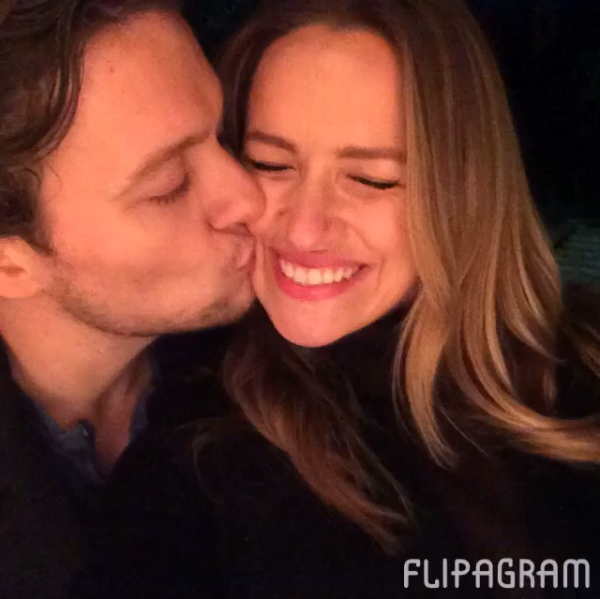 Well, that lucky guy is none other than the famous actor John Fletcher with whom Shantel has been sharing a romantic and is running a smooth relationship.

Initially, it was just a rumor, and the rumor swirled when the couple who first met during the shooting of the show The Messengers, were spotted together strolling around the city on 24 September 2015. Here's that pic. But later when the couple started posting their cozy pictures on Instagram, it was confirmed that they were dating, however, at that time they both denied this fact. Later, Shantel announced her relationship with John by posting a picture in which they were seen sharing their kisses in the park. Check it out.

The love and passion of these two lovebirds are so strong that none of them can stand in between them.

Besides, the couple also shares a bunch of moments they spend together through their social media sites. Here's a tweet by Shantel where she shared a collection of pictures with her loving boyfriend. Check it out.

Looking at their strong bond, the couple looks as if they will surely get married in future.

Prior to John Fletcher, Shantel VanSanten was previously in the relationship with several men. Firstly, she dated Michael Johnson for a year from 2008 to 2009. She also had an affair with an American actor and director James Lafferty in 2009. However, their relationship didn't last more than a year and the couple split. After failures in relationships, Shantel is currently sharing a strong bond with John Fletcher. We wish all the very best for their future and hopefully, we will soon see them as husband and wife.

Are Scott Mescudi and Michelle Trachtenberg Dating? Are They Engaged? Details on Their Relationship Tatiana Maslany Is In a Relationship With Tom Cullen, Also Know Her Past Affairs and Dating History Is Britt Lower Currently Single or Dating? What About Past Affairs and Relationship? Details