Katherine "Katie" Couric is a very renowned person who currently is working as Yahoo! Global News Anchor. Apart from being a journalist, she is also an author who has been titled as a best-seller by the New York Times for her first book The Best Advice I Ever Got: Lessons from Extraordinary Lives.

Well, Katie is married 2 times in her life. Her first husband John Paul Monahan aka Jay Monahan died of colon cancer with whom she shared 2 daughters. Currently, Katie Couric is married to her second husband John Molner. Want to know more about her relationship, married life, affairs, and children? Scroll down.

Katie Couric is an award-winning television personality who has earned induction into the Television Hall of Fame. Currently, she is married to her second husband John Molner.

The couple started dating in 2011 and after 2-year of their intimate relationship, John and Katie got engaged in September 2013. John is a financier.

The couple got married in a small, private ceremony at her home in The Hamptons on June 21, 2014.

As of 2018, they are together without any mishaps of divorce, though back in 2012, her husband Molner was accused of cheating on her which became the viral issue on the internet.

However, later the things worked up and the couple is back together, but are yet to share children.

Katie Couric was first married to John Paul "Jay" Monahan in the year 1989. This married couple had two daughters named Elinor Tully "Ellie" Monahan in 1991 and Caroline "Carrie" in 1996 these two daughters were born in Washington D.C and New York respectively. 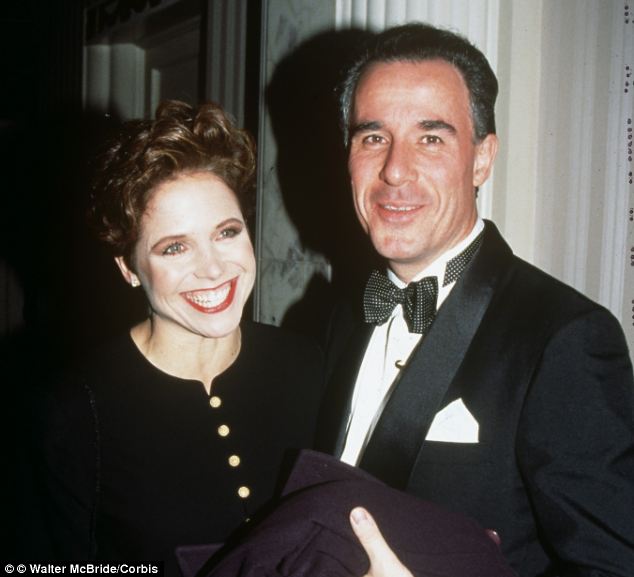 However, after 9 years of marriage, Jay Monahan died due to colon cancer in the year 1998 when he was 42.

While husband Jay was suffering from cancer Katie became a spokeswoman for colon cancer awareness.  She even went through a colonoscopy on-air in March 2000 to inspire many others to get a check as well.

After Katie lost her husband she got actively involved in many cancer awareness programs like National Hockey League's Hockey Fights Cancer Campaign. Unfortunately, her sister Emily Couric also died of pancreatic cancer on 18 October 2001, Emily was a Virginia Democratic state senator. As these sisters were very much closed to each other Katie went through huge heart pain.

The Latest: Officials prepared to deal with up to 40 deaths after a fire broke out at a warehouse party in Oakland. https://t.co/ziwV49RScY

The Thanksgiving after my husband Jay died, my darling dad came to be with us and went to the parade with me. This year is the 90th Macy's Thanksgiving Day Parade, so check out the anniversary special tonight when I reflect back on my 12 years as a co-host. It's @ 8 PM ET on NBC.

Currently, she is happy with her second husband John Molnar with whom she appeared in the online cooking series Full Plate with Katie & John.

Past Affairs of Katie Couric

Reportedly, after the death of her first husband, she tried out her luck to seek love however, all ended without a break-up until she met John Molnar in 2011.