Jimmy Butler, 28, is an American Professional basketball player. Jimmy currently plays for Minnesota Timberwolves, in National Basketball Association. Jimmy has an estimated net worth of $34 million. Jimmy comes under the top 50 best paid NBA player in 2016. Back in 2015, he was the NBA's Most Improved Player.

Butler grew up in Tomball, Texas, but his father left the family when he was a kid. Butler has been through very rough times in his life. He was kicked out by his mother when he was 13 years old.  Jimmy's career is purely an outcome of his hard work. 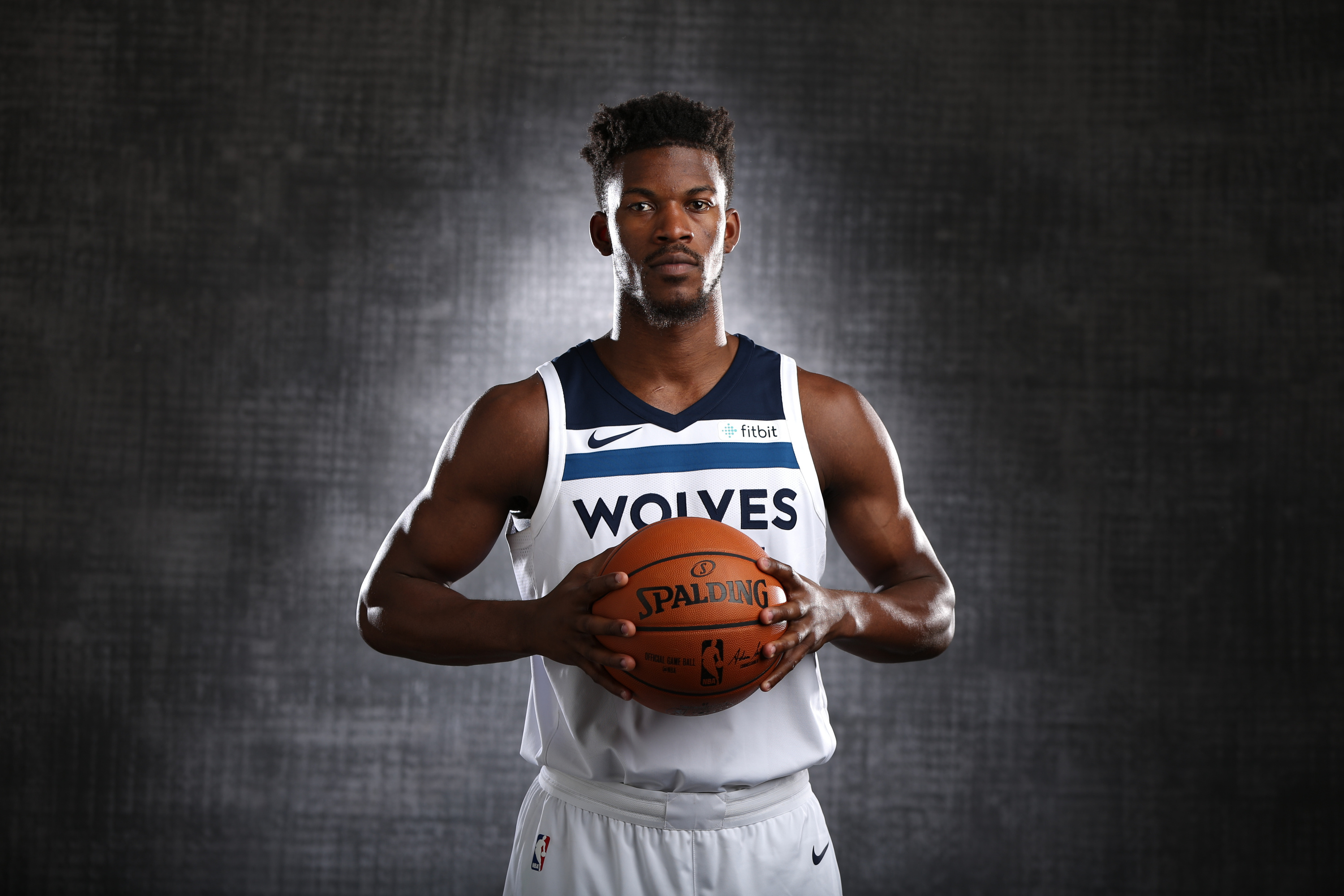 Jimmy listens to country music and is totally into a country lifestyle. He has also featured in the music video, Light It Up by Luke Bryan.

Butler started his professional career in 2011 when he was selected in the 2011 NBA draft by Chicago Bulls. He gave his debut performance in the NBA Summer Leauge. His average stats of the performance were 20.8 points, 6.5 rebounds and 2 assists in four appearances. Butler was averaging 40.8 minutes per game by the end of the 2012-13 season just in 2 years of his professional career.

Butler's name was listed on the NBA ALL-Defensive second team in June 2014. During the next season, Butler set his new career high in 103-97 win over the Knicks with 35 points. In the year 2015, Butler signed a 5-year contract worth $95 million. Then again, he broke his career record with 43 points in that season.

In the 2016-2017 season, Butler got his name on the All-Star Team for NBA All-Star Game 2017. Later in June 2017, he was traded to the Minnesota Timberwolves. Butler scored 26 points in his debut for Timberwolves.

The 28 years old Jimmy plays for Timberwolves at present and made 39 points to a 128-125 victory over Denver Nuggets.

Jimmy's Net worth and Salary

Jimmy Butler's is a successful NBA player who has highly improved his performances over the years. His net worth at present is estimated to be around $34 million. Like his net worth, his net worth has also improved in the past few years.

Chicago, What can I say?! I truly struggle with the words because you've been so much more than just my home for the last 6 years, you've been my life! You've embraced me like a son and pushed me to get better every day, every season. I can honestly say that I have always been incredibly motivated to succeed; it's just the way I'm built. But I know I owe so much to the person I am now, and to the player that I've become, to you. You always pushed me to never give anything less than my absolute best night in, night out. That's what you expected. That's what you deserved. And, I hope you know that's what I dedicated my life to every time I walked into the facility or stepped on the floor of the United Center. Thank you to the entire Bulls organization and Reinsdorf Family for taking a chance on me in 2011 and for giving me the opportunity to play the sport I love for such a great franchise. I'll never forget the feeling I had when I was drafted and when I played my first minutes. It's an experience that I wouldn't have wanted with any other team and I'm so thankful to you for giving me that opportunity. Chicago, I love you. Thanks for embracing a kid from Tomball like one of your own. On to a new home and a new organization. Thankfully, with some familiar faces! PS... AND PROBABLY MOST IMPORTANT! THANK YOU TO EVERYBODY BEHIND THE ORGANIZATION THAT DO NOT GET THE SHINE THAT THEY DESERVE!! YALL ARE THE REAL ALL-STARS!! - Jimmy G. Buckets (@staceyking21 )

Talking about Jimmy's annual income, he is paid over $18 million annually. Jimmy's salary has also been increasing as he is improving his performance in every season. Jimmy's information about his past salary is not mentioned publicly, but his salary is increasing with his performance over the years.

Jimmy Butler has been remarkable in his career. There is no exact information about his investments and properties but from the mentions by some sources, his personal investments are over $15 million.

Moving toward the car collection of Jimmy, he owns Range Rover, BMW, and Chevrolet Colorado. Jimmy lives in Los Angeles and also owns a house in Chicago which he bought in 2015. The value of his properties is estimated to be around $4.3 million.

Also Read: Justina Machado Is Not Yet Married But Dating a Boyfriend, Who Is The Lucky Guy? Past Affairs