American Actress Uzo Aduba is Currently Single or Married,Know about her Relationship and Dating Uzoamaka Aduba, an American actress known as Uzo Aduba, is famed for her role of Suzanne in the famous series Orange Is The New Black. Uzo, who has also won the Emmy awards in Drama and Comedy categories for playing the same role, is on work with her upcoming comedy movie Candy Jar, along with Christina Hendricks, Helen Hunt, Sami Gayle and Jacob Latimore.

Everyone's quite familiar with her professional life. But what about her personal life? Is the actress is still single or is already married? Let's know all about her relationships, dating history, and affairs.

IS Uzo Aduba dating someone?

Many might be shocked to know that Uzoamaka, which means the road is good, might have already found the love of her life. Yes, folks, if rumors are true the gorgeous actress has already found a partner for herself.

Aduba, who won 2 SAG awards back in 2016, has been seen numerous times with a man named Mark. Well, he was no other than the teenage sweetheart of Aduba, with whom she went on dates back in the high school. 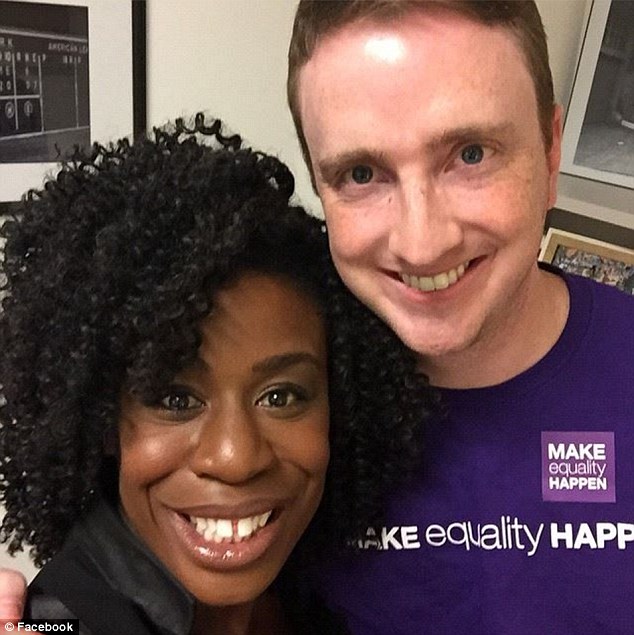 The relationship gained much coverage after Uzo invited him to a prom and they shared the posts of the enjoyable moment they spent together on January 31, 2016. Here it is.

He asked me to the prom, I said yes. I asked him to SAGs, he said yes. #sagawards @mcrow55

But contrary to the rumors, Uzo has said that Mark is her long-time friend. She has not spoken anything more about the matter.

But wait, even though she is not dating (if Mark is just her friend) nor married, Uzo is not free from past rumors.

Uzo, who is 36 years old, was once rumored to be in a relationship with Leslie Odom Jr. after people sensed that there was something mysterious going on between them.

The couple reportedly dated in 2013, but neither Uzo nor Odom have uttered a single word regarding their relationship. But the fact they were dating but remained silent about it only makes the matter more knotty. Because Odom is married to his wife Nicolette Robinson since December 1, 2012.

Odom Jr. and his wife, Nicolette

Frankly speaking, we do not know what went on between Odom, a married man, and Uzo Aduba. Neither do we know if Mark is the one that Uzo is in love with and she is trying to hide her relationship from the media.

We hope that the actress talks about her private life. Else, even if she decides to zip her lips, we expect something to come out pretty soon. Until then, stay tuned for more updates and keep waiting.

Also read: Is the gay rumor of the Steve Kornacki true? Know here