Alongside his successful professional career, Carlos is also experiencing a happy family life with his now wife, Alexa Vega, with whom he has been married for 3 years. Adding to the surprise, the last name of one of the prominent couples of the Hollywood is the joint last name of the lovely duos, PenaVega.

Are you ready to know about the intimate relationship of the sweet couple? So, without a delay, let's dig in to know all about Carlos and Alexa's married life, their relationship and children along with their past affairs.

Married life of Alexa and Carlos PenaVega, their Relationship

When I met Carlos, I had never dated a Latin guy … I don’t know if it’s because all of my family is like a Latin crazy family, but I’ve only dated tall, lanky white guys – everybody has been over 6-foot-3 and white.

The couple's chemistry worked up in no time and later, in August 2013, while Alexa and Carlos were on a cruise with their friends, the couple got engaged after Carlos proposed Alexa with his knee down and a ring in his hand. Have a look at the video of Carlos talking about his proposal.

Alexa also announced her engagement via an Instagram post on September 12, 2013,  sharing a shirtless photo of Carlos, captioned with " Hello fiancé...". Have a look.

Regarding her relationship, Alexa told:

I’ve never met anybody who is as driven and as motivated and inspires me as much as Carlos does.

Finally, the special moment for the couple came. Yeah, the couple got married on January 5, 2014, at the Grand Velas Riviera Nayarit in Puerto Vallarta, Mexico. That's a dream come true moment. Let's have a look at their wedding photos.

Carlos PenaVega and Alexa PenaVega in their wedding

Well, surely you are curious to see some more moments of their wedding. Yeah, we do have a video clip of their happy marriage, and here it is.

And as of now, the lovely couple with their 3 years of married life seems to be enjoying a lot. The couple is reportedly free from rumors and mishaps of separation and divorce. Have a look at some of the memorable moments shared by the couple.

First post of 2018 goes to my one and only!!! Thank you for making my life better :) Excited for our adventures in 2018!!! @vegaalexa #familiapenavega #love

Absolutely adore this woman :) Loved celebrating with @hallmarkchannel tonight. Big things happening in 2018!!! Can’t believe how blessed we are to be part of this family!!! #datenight #TCA18 #hallmark #THANKYOU

Such a cute relationship!

The relationship of the couple has got much stronger with the arrival of their son. Let's know more about their son.

Carlos and Alexa are proud and lovely parents

Carlos and Alexa are the parents of their only son Ocean. The excited parents announced their pregnancy via a tweet on June 16, 2016. Have a look.

Carlos and Alexa welcomed their son Ocean King PenaVega on December 7, 2016. Later, the lovely parents made the announcement of the birth of the little PenaVega in their family via their Instagram post.

Little gift from God that I get to share with my husband. ??

Santa came and met Ocean for the first time this morning. It was truly a special one for our family :) so thankful to be able to wake up to these knuckleheads everyday. SOO much love to @royalcaribbean for always going above and beyond for us. Santa in our cabin?!? We will remember this for many years to come!! #lexlosroyalchristmas #Christmasatsea #oasisoftheseas

Yup.. this little man pretty much sums up 2017 :) Thank you to all who made it our best year yet! Excited to see what God has in store for us next year!! Here we go 2018!! #blessed #newyears #bestnine #familiapenavega @oceankingpenavega @vegaalexa

We wish them a lot of fortune and blessings of God. Happy family indeed.

Past Affairs of Carlos and Alexa

But everyone is not blessed to be successful in their first relationship, as the couple, after dating for 7 years, broke up in 2010. However, the couple has kept the reason of their split a secret. 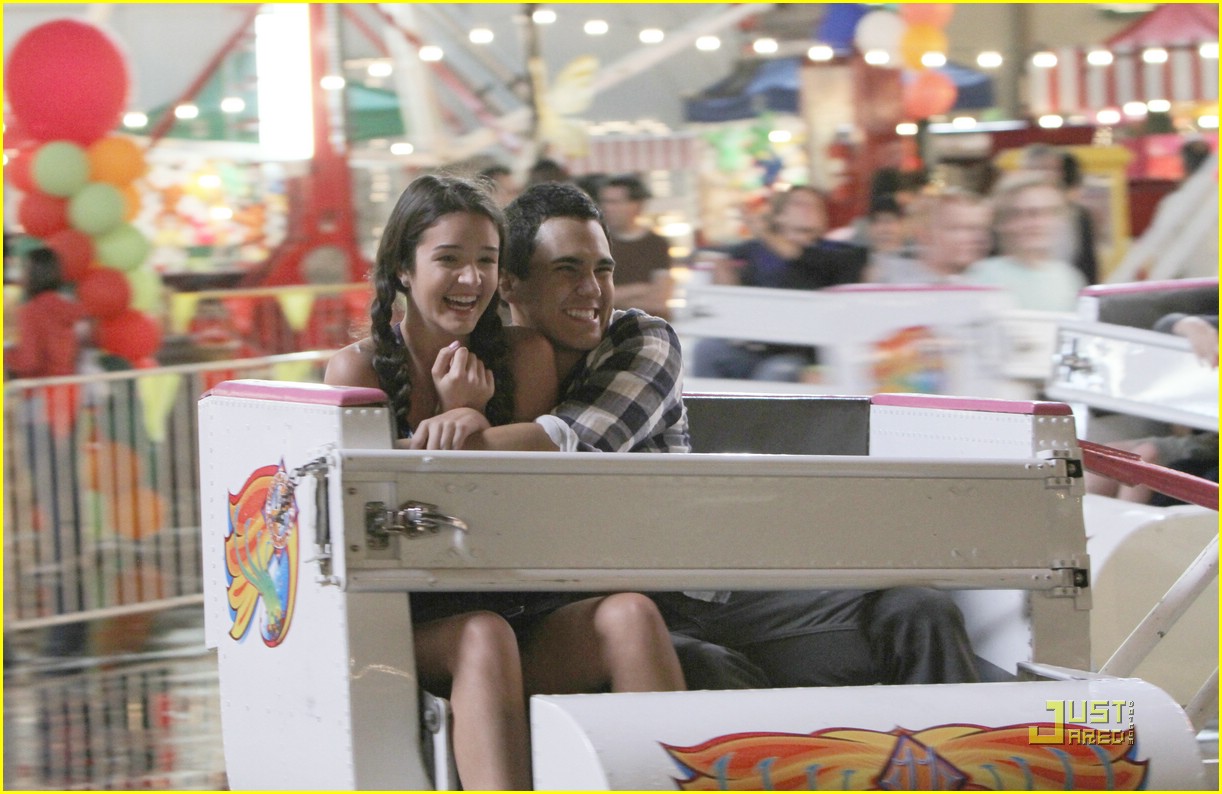 Soon after his break-up, Carlos started dating Samantha Droke, an American actress in late 2010. However, the relationship did not last more than 2 years.

Like Carlos, Alexa was also in a relationship. In fact, she was in a married relationship. Alexa was married to film producer Sean Covel. The wedding took place on October 10, 2010, in a ceremony held in Covel's hometown of Lead, South Dakota. But Alexa announced her divorce with Covel in July 2012.

But past is past. As of now, Carlos and Alexa are living a happy life. Yeah, life gives chances to all, just need to grab it in right time.