American actor Armand Douglas Hammer, professionally known as Armie Hammer, is currently married to his wife Elizabeth Chambers, an actress, former model, and journalist. Tying the knot in 2010, the couple has been married to almost 8-years.

31-year-old Hammer has an estimated net worth of $16 million while his 35-year-old wife is also determined to have her net worth in millions make them one of the power couples of Hollywood.

Moreover, in 2018 alone, Hammer is all set to appear in four films. One of the movies, Sorry to Bother You starring Lakeith Stanfield and Tessa Thompson has already been released while other three Hotel Mumbai, On the Basis of Sex and Untitled Babak Anvari Project, are going to release soon in the following months.

Watch the trailer for Sorry to Bother You.

Here, we are going to talk about their relationship, proposal, married life, and children.

Hammer and Chambers were first introduced to each other by artist Tyler Ramsey, and they soon started dating afterward. Their affair skyrocketed back in 2007 as they got serious.

Happy Valentines, my forever valentine. You are the greatest thing to happen to all of us and I am so lucky to spend today and every day with you... @elizabethchambers #tbphoto

They dated approximately for three years until Hammer popped the question in the most adorable way possible. During an interview, the couple shared how the proposal took place. According to Chambers, her future husband after he proposed her sat her down and said that they did not have to do it but later on during their 40's they could meet and talk about their divorce.

Romantically, Chambers replied, 'Or we could do it now and enjoy the ride.' 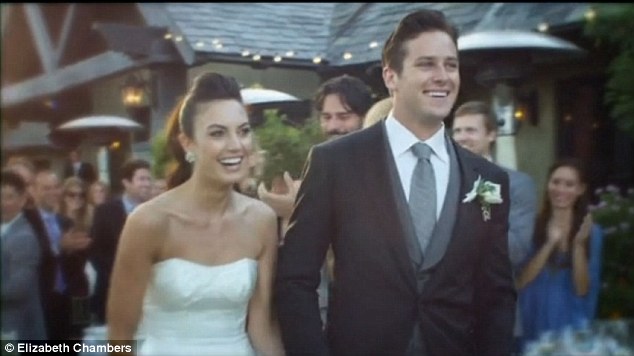 They got officially engaged on 18th August 2009. Soon on 20th May 2010, they tied the knot, and their wedding was also featured in the issue of Town & Country. 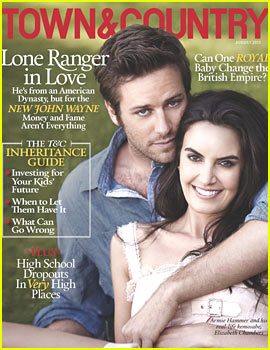 It has been more than seven years since they walked down the aisle and their marital life seems better than ever.

Their official Instagram pages are filled with pictures of each other and also their children whom we will talk about below.

Their Instagram photos are the ultimate couple goes as they make sure to upload each sweet and funny moment they have with each other. Moreover, there are no rumors about the pair getting a divorce or splitting.

How many children do Armie Hammer and Elizabeth Chambers have?

As of 2018, Hammer and Chambers are the parents of two children. Like they love to upload pictures of each other on Instagram, they also post pictures of their children on their socials.

Their first child, Harper was born on 1st Dec2014, four years after they got married. Their young daughter Harper is currently 3-years-old.

Again, three years later, they had their second child, baby boy Ford Douglas on 15th Jan 2017. He is currently 15-months-old.

All eggs, church services, baskets, bunny visits and carbohydrates are discovered and accounted for. Happy Easter and happy everything.

The family of four is reported to be residing in LA as of now. Let's wish them all the best in their life ahead.