Frostsnow https://frostsnow.com/
Home Gossip Amanda Holden Married to Husband Chris Hughes, Are They Happy Together? Her past Affairs & Child

Amanda Holden Married to Husband Chris Hughes, Are They Happy Together? Her past Affairs & Child The famous judge of Britain’s Got Talent, Amanda Holden can’t go unnoticed. Many of her fans are always willing to know about her personal life. Her fans want to know about her married life and her previous affairs as well. Amanda is currently married.

To know more about Amanda Holden’s Husband, their marriage, and their Daughter, Read the following article:

Amanda Louise Holden was born on 16th February 1971 in Portsmouth, Hampshire, United Kingdom. She is an English television presenter, actress, and a singer. She has been a judge in Britain’s Got Talent since the show began.

Amanda first appeared on television as a contestant on the game show Blind Date in 1991. Since then, she had appeared on different TV series. Amanda has also played roles in Theatre as well as movies.

Amanda Holden has been linked with a few names in the past. She was previously married to comedian Les Dennis. They got married in June of 1995. The couple was temporarily separated when Amanda had an affair with actor Neil Morrissey. 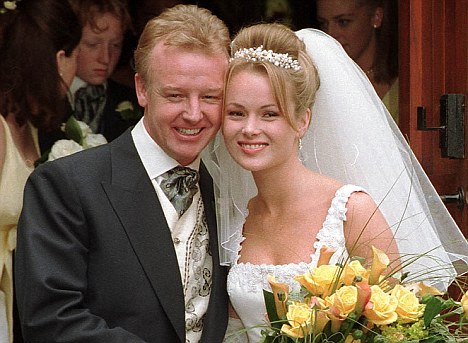 The affair news of Amanda and Neil were exposed by the press. They had an affair from 2000 to 2002. After the news about their affair was out, Les Dennis and Amanda eventually got separated and divorced in 2003.

Amanda is currently married to Chris Hughes. Amanda and Chris were married on 10th December 2008. It has been almost 9 years since they got married and are still going strong. With many marriages falling apart in the celebrity world, they have been able to maintain their relationship. They got married at the Babington House.

Amanda and Chris also have two daughters. Alexa Louise Florence Hughes was the couple’s first daughter, who born on 21st January 2006. Just after 6 years, the couple had another daughter. They named their second daughter Hollie Rose Hughes. She was born on 26th January 2012.

During the delivery of their second daughter, Amanda faced some complication which led her being treated in intensive care unit. This complication nearly took her life. Chris thanked all the medical staff who were involved in Amanda’s care. 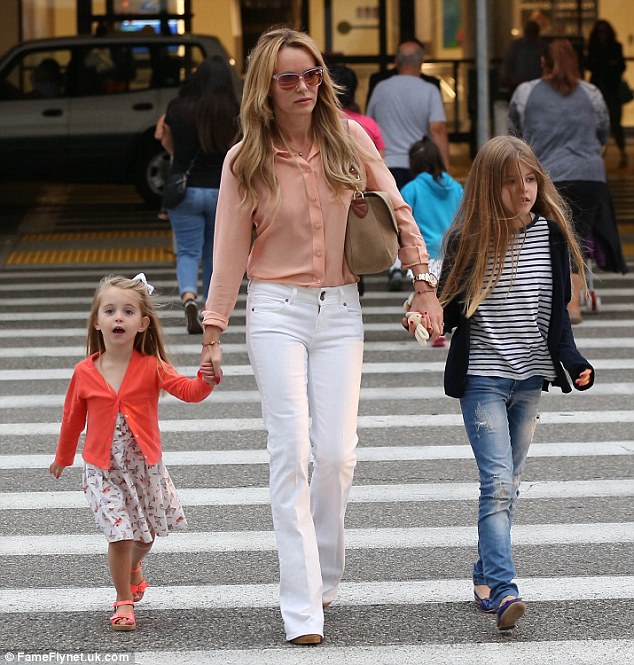 Amanda Holden with her two daughters

Chris and Amanda have been together for a long time happily, and we hope we would see them together in future as well.