Henry Cavill is one of the most renowned actors of America who rose to prominence and earned tons of fans with a mindblowing appearance in the movie Superman. 33 years old Superman star is nowadays gaining a wide attention and curiosity regarding his personal life as recently he dumped his 19 years old girlfriend Tara King.

Why did he do so? There is a lot of questions regarding this news. But, don't worry we are here with all the answers. Just stay with us.

Previously, in an interview, Henry Cavill had said, Tara King will happily take that weight for him despite the large age gap. However, Henry might have to take his words back following their break up just after a couple of months of his statement.

The pretty blonde Tara King is reportedly devastated by the sudden break-up. Even Tara found telling her friends that the Man of Steel actor, Henry Cavill was the love of her life.

Though Henry dumped the 19 years aged Tara, he said, the two of them could stay friends and he even invited her to his recent birthday party, which she did attend. He further adds,

.....but our relationship is over.

It has been very hard for Tara, who has been saying he was the love of her life because she trusted Henry Cavill a lot and sadly he ditched her.

Now, you might be thinking that how this duo started their love affair. Actually, the pair first met at a nightclub in London last year. When they began dating each other in October, some criticized Henry Cavill  for dating
a girl so much younger than him but he ignored all.

People say age is just a number. It’s actually a real and true sign of someone’s maturity. But in this case, she’s fantastic.

After a month he added,

She protects me and is protective of me when I am having a hard time. She’s there when I need looking after and the world is a little too heavy. Then she will happily take that weight for me and make sure I am OK. Tara allows me to be me and doesn’t have a problem with that. She treats me like a normal human being.

But the Superman star, whose representatives declined to respond to our recent revelation, is now on the hunt for someone new to protect him.

This was not the first time that Henry Cavill was involved in a relationship. He has reportedly dated his girlfriend Gina Carano in 2012, shortly after Henry ended his engagement to his fiancee Ellen Whitaker. 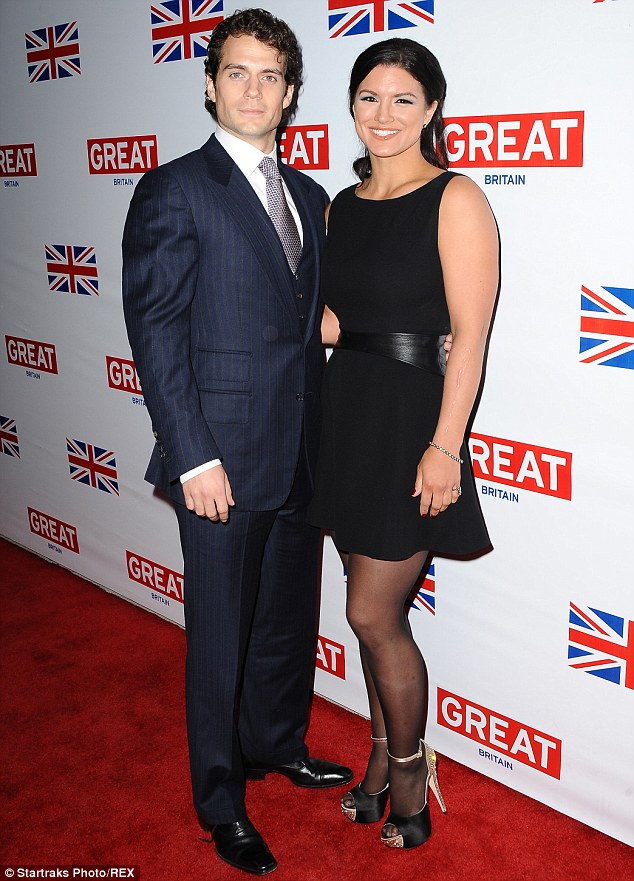 Henry and Gina's relationship looked really cute and their relationship was full of joy and they also seemed to enjoy a lot together.

This video clearly shows how joyful their relationship was when they were together.

Video: Henry Cavill does the ice bucket challenge together with Gina Carano

Both Henry and Gina were busy with their work over the next couple of years and suddenly a news came out that the couple has split up without sighting any reason behind their break up. After the separation, Gina Carano is currently dating a Kickboxing Star, Kevin Ross.

Henry Cavill and Gina Carano have split up again - get the details: http://t.co/N187z0iVOI pic.twitter.com/QtotWKtsv2

Now, what we have to do is just wait for the updates regarding Henry Cavill's personal life and for that keep in touch with Frostsnow. Jenna Coleman Enjoying With Her Boyfriend, Know About Her Affairs & Relationship