Frostsnow https://frostsnow.com/
Home Gossip AFL star Ben Cousins Jailed for 12 Months, Find out the Facts and Reason Behind this Benjamin Luke Cousins who is better known as Ben Cousins has is facing a lot of troubles after the end of his football career. He used to be an Australian Rules Footballer. He is best known for his game career in the Australian Football Leauge.

Recently, in February, the football star Ben was arrested in Perth, Melville. as he was driving with suspended license and was in the possession of 8 gram methamphetamine. 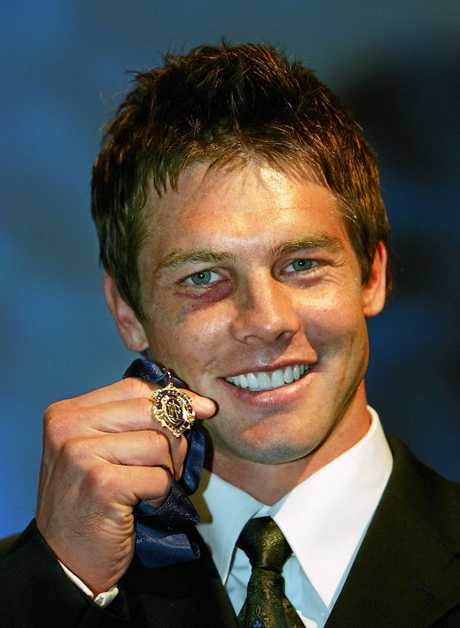 Who would have thought the football star who owns a Brownlow medal would lose his track and get involved in such things. We feel really bad for Ben.

Cousin was charged with a number of offenses which includes breaching a restraining order, stalking, drug possession and some others.

The complaints were also made by his estranged partner, Maylea Tinecheff who is the mother of two. He used to text and call for more than a lot in past January-February and was also accused of stalking. You might not believe that he did total 2000 text and calls in January-February.

He was ordered by the court to stay 50 meters away from her.

As for the offenses, he was sentenced to jail for 12 months. His offenses resulted 11 charges. He has been in the jail since he was arrested in Melville, Perth at the end of February.

Ben's lawyer Mr. Tudori previously Ben's side and said that he was sobering. But you would not believe what Ben told to his father. He said that he could quit whenever he wants

"I am not going to stop. I dont want to stop"

He has also been fined for similar offenses in last December.

Here is Ben's past footage after his appearance in the courtroom

After his career ended he got involved in different illegal and unacceptable activities. Its seems like the former Athlete went through a huge breakdown and got involved in using different recreational drugs which he started consuming while he was a football star.

And as a popular public figure, this thing certainly affected his image.

We feel pretty sad for Ben as he has been through a lot. And all the reasons for his present state is his drug habit. Cousins' current situation clearly shows that drug is the biggest enemy of any individual. It might give you a good feeling for a short time but it will certainly affect you for a long time.

Take a look at the skills of Ben Cousins. He was an amazing footballer.

He was one of the to 50 players of all time. We wonder how he lost the track as he would have been an amazing footballer as he had huge numbers of fans back then.

It is sad to say that the former football star Cousin's ruined his own career as he was found involved in different illegal activities in many occasions, which includes the use of recreational drugs which might as well be affecting his state of his mind.

Image: Ben as a footballer

And as an athlete, the use of the drug is a pretty big deal, recreational drugs alter one's mental state which can also modify the emotions, perceptions, and feeling of an individual.

He has been in several troubles after he got out of his track. Cousin seems to be getting out of control. He has several records of police arrests, which definitely did impact his image and private life.

He was once arrested for public intoxication where he passed out in front of Crown Casino, Melbourne. He was bailed without any fines and court appearances. This incident took place in 2006.

Later in March 2007, his relationship with his girlfriend Samantha Druce ended. In the same month, he was suspended from his team West Coast. The reason was later revealed that he was found to be taking drugs as proved during AFL drug test.

Ben was admitted to Sir Charles Gairdner Hospital back in January 2012 as he was using illicit drugs and was never clean for over three months. This guy was out of control, again on April 2012 he was arrested and charged with the possession of cannabis in the same place.

In March of 2015, he was sent to the mental facility. Ben's activities were closely watched over by the police and was taken into the custody, three times in two weeks.

It has been over seven years that Ben got out of Afl. After Ben lost his career, he got out of control. He has been committing offenses quite often.

We feel really bad for poor Ben. We don't know whether it is drugs or something else, his mind does not seem to be in his control. Let's hope that the jail sentence helps him get rid of the problems.