Adrienne Bailon the host of the show 'The Real' recently married to the singer the popular singer Israel Houghton. This couple exchanged their wedding vow on 11 November 2016. They entered into married life shortly after they got engaged and being in love relation for approximately a year.

Adrienne Bailon and Israel Houghton before completely dating each other also had a great friendship between them. Right after Israel got divorced from his first wife Adrienne started dating him. And after being in relation without a second thought they took their love to whole new level.

Adrienne Bailon and Israel Houghton got married in the City of love, Paris. According to Daily mail, when this love birds were in the process of being each other the rain made the wedding more especial. Wife Adrienne has also shared a picture of her and her husband dancing in the rain. 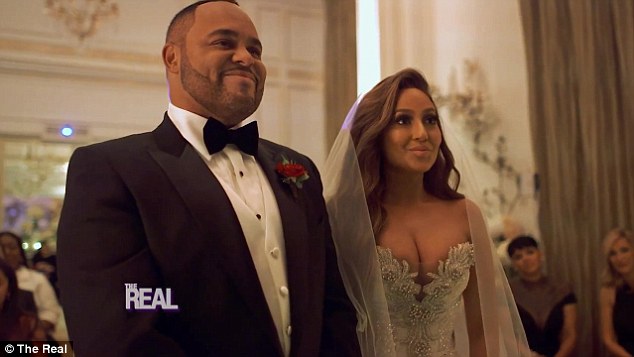 Both of the couples looked extremely happy when they were having her marriage ceremony. They also talked about their big day a week before on the show 'The Real'. They in fact even told that they maintained some distance until their wedding so that they will feel extra special on their special day.

Adrienne Bailon, 'I had to practice walking in it. We decided on a 21-ft. train. It's quite epic. On midnight that evening, we had dress rehearsal because I've never walked with the weight of it. I think it weighed more than me.'

This couple exchanged the vows and kissed in front of their 70 guests who included Adrienne's the co-host of the show The Real Loni Love, Jeannie Mai and Tamera Mowry. The entire invited guests cheered and clapped in the marriage and for the marvelous performance by the couple.

Adrienne Bailon admitted that their phase of entering into friendship zone wasn’t easy. The transition of getting into different zone didn’t go completely smooth as they expected to be. The main reason for this was the media. As they were covered by paparazzi everywhere they go for spending time together they were never left by the media.

Singing in the rain ?? Because I married my very own Gene Kelly in Paris... 6 days ago! #HappyHeart #HolyGhostHop #HappilyEverHoughton #LaVieEnRoseGold ♥

Once one of her interview Adrienne said that she wasn’t sure of her choice was right. Her friend once mentioned her that Israel wasn’t quite of her type. She said, 'I was so offended. I was like, 'What do you mean he's not your type? He's got dimples! He's got the best smile, brows of a god, his skin basically glows and he plays mad instruments. 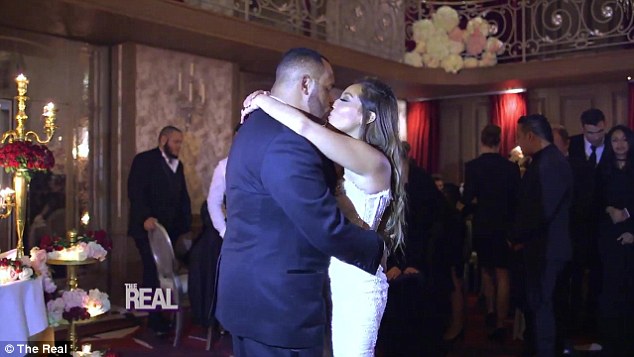 Now she tells Israel to be her favorite person in tfavoriteworld and she knew she always wanted him to be in her life forever. She said, "I told him, 'We can give this a shot, but only if we promise we'll still be friends no matter what.'