Kate Winslet who gained worldwide recognition after playing the lead actress, Rose, in Titanic, the highest grossing film of all time worldwide in 1998 is a British actress and singer who has appeared in various movies and television series.

Kate Winslet has been married to Ned Rocknroll since December 2012 in a private ceremony in New York. Let’s have a look at Kate's husband, married life and children.

Kate and Ned married in a private ceremony in New York after becoming engaged in the summer of 2012. But, How did Kate Winslet and Ned Rocknroll meet? How did it all begin? Ned is not an actor, or a director, or a producer, or a musician or even related to the film industry. Then, how did they meet? The story is too crazy to believe. Kate became familiar with husband Ned Rocknroll when a fire broke out while on holiday on Necker Island. Yes, you heard it right, a fire brought them together. The island was on fire and amazingly so was Kate’s and Ned’s heart.  Kate and Rocknroll both fell in love and were quickly into a relationship.

You people might want to know who Ned Rocknroll is. So who is Ned Rocknroll? Well, Ned Rocknroll (not his real name) works as the Head of Marketing Promotion and Astronaut Experience at Virgin Galactic.

The lovebirds got married after a year of courtship and the couple is blessed with a son Bear Blaze Winslet, who was born on 7 December 2013, in the county of Sussex, England. Talking about how her child was named Bear Blaze, Kate says,” The house burned down and we survived. But we wanted something of the fire, and so Blaze was the name that we came up with.” 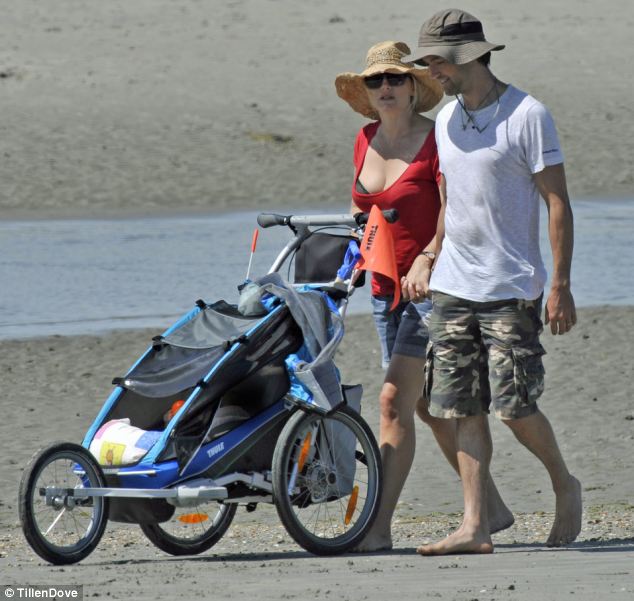 Kate Winslet got married to Director Jim Threapleton in 1998. They first met on the set of movie Hideous Kinky in 1997. At the age of 25, she gave birth to her first child, Mia Honey Threapleton (October 12, 2000), in London. Kate and Threapleton got divorced on 13 December 2001. Just after her separation with Jim Threapleton on 2001, Kate was again involved in a serious affair with Director Sam Mendes. Kate married Sam on the island of Anguilla on 24 May 2003. Kate gave birth to her second child, Joe Alfie Winslet Mendes (22 December 2003) in New York City. Kate and Mendes got divorced in 2011 after announcing their separation in 2010.

Regarding Jim and Sam, she says, "I know lots of people who are not in the public eye who have gone through several marriages, I really do, and it's just those are the cards that life dealt me. I didn't plan on its being that way. And f--k me, it hasn't been easy, you know." Kate has kept details surrounding both splits close to the vest, saying, "No one really knows what has happened in my life. No one really knows why my first marriage didn't last; no one knows why my second didn't."Kate adds, "I'm proud of those silen