Frostsnow https://frostsnow.com/
Home Gossip Is Gabbie Hanna single or does she have a boyfriend? Know about her affairs and boyfriend

Is Gabbie Hanna single or does she have a boyfriend? Know about her affairs and boyfriend The 27 years old Gabbie Hanna, is a talented social media star and is mainly known for her comedy vlogs and vines. Gabbie is also a YouTube phenomenon and has over 6.3 million subscribers.

Further, she is also an actress who has acted in two movies namely Forced Absence and Janoskians: Untold and Untrue. Hanna gained fame through her Vine Channel The Gabbie Show, which has over 4.7 million followers.

Is Gabbie Hanna single or does she have a boyfriend?

Despite being a social media star Gabbie Hanna has kept a low personal profile. She hasn’t talked much about herself in her YouTube videos as well. In many of her Q&A videos, whenever asked about her boyfriend she just ignores it. She has also told sarcastically that she is a lonely girl and has no friends. 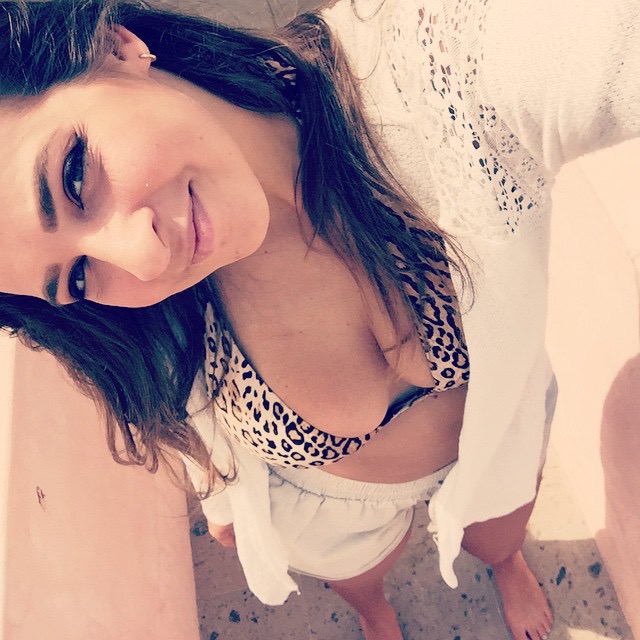 Well, when you look at her it is very hard to believe that this stunning lady is single. We have seen her Instagram photos and damn it looks like she has been dropped straight out of heaven. Now do you think she is single?

I guess your answer is probably no. Gabbie isn’t just a beautiful face; she also has got the talent and has gathered a lot of fans with her funny videos. And yes, of course, many of her fans are in line to be her boyfriend.

Well, we think she is in a relationship and is dating Zane Hijazi, her partner in making comedy vlogs. This isn’t just a wild guess, but we have found plenty of photos of them together and from those pictures, we can tell they seem like a couple (maybe not, who knows what's cooking in the neighbors home).

Gabbie has many pictures with guys but the pictures with Zane are more like the ones that a couple would post. We have seen Gabbie and Zane in their vlogs as well and OH MY BOY these guys definitely have the chemistry on-screen.  We assume that they have the same chemistry off-screen too.

In one of the photos that Gabbie posted on Instagram, she and Zane are seen taking a bite of the same hot dog from opposite ends. If that’s not enough to prove that they are boyfriend and girlfriend there is another photo where Zane is carrying Gabbie on his back. Well, we found it quite romantic and adorable (and we hope that our guess is correct).

In another photo, Gabbie is seen riding a cart with Zane pushing it, with the caption that hints them only being as a friend. She captioned that photo saying, “ok I know that you guys ship it but I'm more stuck in the friend zone than I am stuck in this cart. him pushing me away is a metaphor for our relationship.” But we are aware every relationship starts with friendship (gotcha Gabbie).

Lastly, we wish Gabbie all the luck for her future and we hope to hear the good news soon.

Gabbie once revealed that previously, she was in a relationship with a mystery man and later broke up after she found how her ex-boyfriend continuously lied to her throughout the relationship.