Dove Olivia Cameron, known to the world as Dove Cameron, is an American actress and singer who is best known for portraying a dual role in the TV show Liv and Maddie. She is currently engaged to her boyfriend Ryan McCartan, who is famous for his role of Jason "J.D." Dean in Heathers: The Musical.

The couple had been dating each other for a long time, and they recently announced their engagement. The article below deals with actress Dove Cameron and Ryan McCartan's relationship and engagement. Also get the details on their family.

Dove Cameron was born on January 15, 1996, in Seattle, Washington. She is the daughter of Philip Alan Hosterman and Bonnie Wallace. Bainbridge Island, Washington is the place where Dovee grew up. Dove Cameron traveled to Utah to film her first Disney Channel movie, Cloud 9 in 2013. Dove starred alongside Samuel L. Jackson and Hailee Steinfeld in 2015. The Amerian actress currently resides in an apartment in Los Angeles.

The American actress was in a relationship with the actor Ryan McCartan, starting on August 6, 2013. The couple, who dated for four years, met on the set of Disney’s Liv and Maddie, which also features Tenzing Norgay Trainor.

Ryan McCartan proposed to Dove Cameron, 20, in April and shared the moment on Instagram saying that "Dedicating my 1,000th post to my fiancée. I can't believe I get to call you that. Thanks for saying yes." 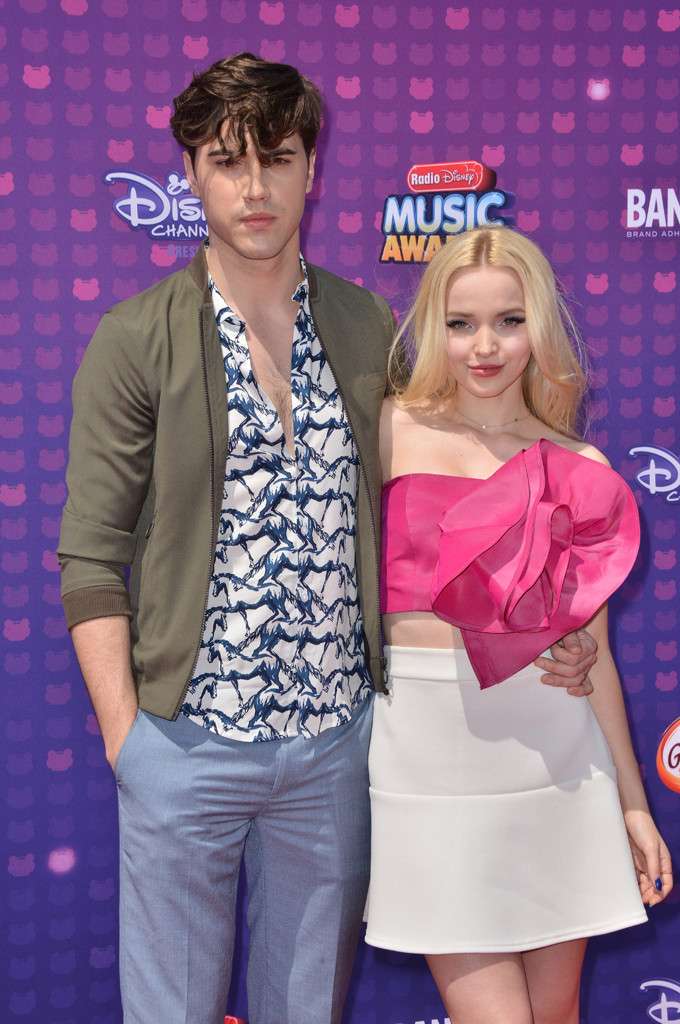 They were engaged on April 14, 2016. Talking about their engagement, the actress said that he didn't hint at all when he came to propose her.

Less than six months after getting engaged, Dove Cameron and Ryan McCartan had broken up. However, talking about his break up, Ryan McCartan said 'We still love each other very much. Please be sensitive, as this is painful'.

After the engagement was called off, Dove Cameron shared a video in Snapchat, where she is seen kissing colleague Kersey Clemons. This led people and her fans to believe that Dove might be bisexual.

Ryan McCartan on His Broken Engagement from Dove Cameron

I have no regrets It’s not like I would take it back. I really thought that that was going to work out and we were going to be together forever.”

Who Is Dove Cameron Currently Dating?

As for now, Dove Cameron is in a relationship with actor Thomas Doherty. Thomas Doherty is Dove's co-worker from the movie Descendants 2, starring Cameron Boyce.

Actress Dove Cameron is the daughter of Philip Alan Hosterman and Bonnie Wallace. She has an older sister named Claire Hosterman.

Her parents encouraged her interest in acting. Her father Philip died when she was 15 and. She has an older sister named Claire Hosterman and she was born Chloe Celeste Hosterman. The family of Dove Cameron

Although her given name was Chloe after her father died she legally changed her name to Dove in his honor. She has ancestry of Austrian (from her paternal grandmother), German, French, English, and Scottish.

Ryan McCartan, born on June 14, 1993, is an American television actor and singer. He was a 2011 Jimmy Award winner. He attended Minnetonka High School in Minnetonka, Minnesota.

Ryan McCartan began dating actress and singer Dove Cameron in 2013. He officially announced that Cameron was his fiancée on April 14, 2016.

Who was actress Dove Cameron engaged to?

American actress Dove Cameron was engaged to her boyfriend and colleague from Liv and Maddie, Ryan McCartan.

When did Dove Cameron and Ryan McCartan get engaged?

Ryan McCartan announced his engagement with fiance Dove Cameron on the 14th of April, 2016.

When was the engagement called off?

Dove Cameron called off her engagement with Ryan McCartan in October 2016 just six months after their engagement.

Dove Cameron is currently in a relationship with actor Thomas Doherty.