Actress Bridget Moynahan Married her Husband Andrew Frankel in 2015. Do they have children?

Gorgeous model and actress Bridget Moynahan is no single. Yes, you read it right. She is married to Andrew Frankel. This pair tied the knot in 2015 in a beautiful wedding ceremony. Till date, the couple does not have any children but Moynahan has a son from her previous relationship Let’s find out more about Moynahan ex-husband, present husband, and children.

Moynahan’s husband Frankel is the co-president of Stuart Frankel and Co. which is a Wall Street institutional brokerage firm. A close source revealed that the couple met through a close friend and Moynahan has been really happy since then. The pair kept their relationship secret until their big day. On Jenny McCarthy‘s Dirty Sexy Funny radio show, Moynahan said, “He’s super easy to talk to, so it was like I was going out with somebody I knew for a lifetime,”. 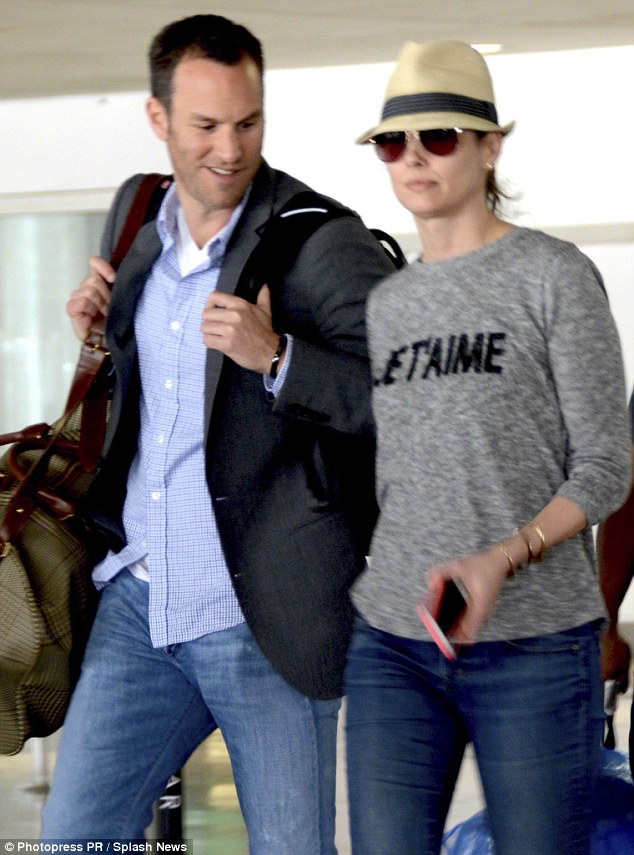 Moynahan exchanged the vows with Frankel in Hamptons, New York in October 2015. Their beautiful wedding ceremony was attended by close friends and family.

The noble couple didn’t accept any materialistic gifts from the guests but rather asked them to donate to ‘The Hole in Wall Gang Camp’. It is an organization that serves youth with cancer and other serious blood diseases. A close source said, “It is an organization near and dear to the hearts of both the bride and groom.”

Oh, by the way, guess what I just did @johndolanphotog #sohappy #perfection #friends #family #forever

Moynahan loves her husband very much. The bond between this pair seems to be amazing as well. During an interview, she praised her darling husband by saying,“He’s pretty easy and basic. So honestly, if I boil water for him, he’d be like, ‘This is amazing!’He really is the sweetest.” Well, it wasn’t enough for her, so she further added, “He’s the nicest guy ever. Genuine, kind and sensitive. He’s the best. He’ll eat basically anything and tell me it’s great.”

Bridget Moynahan has a son with ex-lover Tom Brady

Even though Moynahan and Frankel don’t have any child of their own, Moynahan has a son named Jack from her previous relationship with Tom Brady.Jack was born on August 22, 2007. Brady and Moynahan dated from 2004 to December 2006. Moynahan’s pregnancy was really tough for her.

She told Bazaar, “When you’re suddenly pregnant and no one is standing by your side, even if you’re in your 30s, it’s a hard conversation. I’m a traditional girl, and I believe in marriage, and I just always thought that’s the way I’d be doing this. For a moment, it was hard for me to accept that this was the way I was going to have a family.”

Despite the hard past, Moynahan is really happy with her present as she has found her love in her husband Frankel. Their relationship till this very moment is going really well without any divorce rumors. We hope that we do not have to hear the divorce news anytime in the future as well. Best of luck for this couple.

You want to wish the couple. Please leave your comment below.