Frostsnow https://frostsnow.com/
Home Gossip Actor No Min-woo is Rumored to be Gay; Know about his Affairs and Dating History If you are a die hard fan of Korean movies and music, then you must have heard the name No Min-Woo. He is one of the most renowned Korean actors and singers. With his talent, he has successfully earned himself million of fans all around the world.

But do you know an amazing fact about this brilliant actor? No Min-Woo is rumored to be gay. This rumor started since the year 2014. How did it all start? Is he really gay? Has he made it official? A lot of questions is to be answered about the TRAX star.

Let's find out the truth, stay with us.

No Min-Woo is rumored to be gay? He revealed his sexuality on SBS's Magic Eye

During an interview with SBS's show, Magic Eye, on 23 September 2014, Rockstar singer No Min Woo ended the talk announcing the world that he is not gay. The show was hosted by Moon Hee Joon, Lee Hyori, Hong Jin Kyung, Moon So Ri and Kim Gu Ra.

On the episode, Lee Hyori brought up an issue showing a picture of No Min-Woo which raised questions on his sexuality. Pulling out the photos Lee Hyori said;

There’s a photo that makes you question No Min Woo’s sexual identity,

No Min-woo's sexuality was questioned at SBS's Magic Show

The picture was posted by No Min-woo in 2013. In the photo, we can see No Min-woo lying on a bed and giving a sweet smile for the camera. No Min Woo is seen showing a pretty face just like a girl.

People started thinking him to be gay from then onwards. However, No Min-woo completely denied this fact with the statement;

Because of this photo, I had rumors that I’m gay. This is a photo I uploaded for my fan club. The fans like these kinds of photos.

Through this broadcast, I want to show that I’m not gay.

Here's the video of that interview. To know what exactly happened, watch this.

After he said so, the atmosphere got too serious there and so Kim Gu Ra tried to lighten up everyone's mood. He said;

Actor and Singer No Min-woo pictures himself as a girl; start of gay rumors

Guys! What do you think when you look at the above picture? We wonder how this photo actually brought up questions about No Min Woo's sexuality.

No Min Woo's sexuality also was on the question earlier when he kissed Park Ki Woong on stage. People started assuming him to be homosexual. But all of this faded, as it was a part of the script.

Want to know about the love affairs and dating histories of No Min-woo? Here we go.

On 29 January 2014, on MBC's Radio Star No Min-woo revealed that he had not involved in any relationship with anyone and said not to have any dating experience since he debuted as an actor. He said;

After promoting as an actor after debut, I was never asked out by a woman and never asked a woman out as well.

Then he was asked by Kim Gu Ra;

Then how do you meet women?  Did you never date?

There was a time I walked around aimlessly, saw a woman I was attracted to, and I stopped her to say, 'You are my ideal type.'  I met women when asking for their phone numbers." 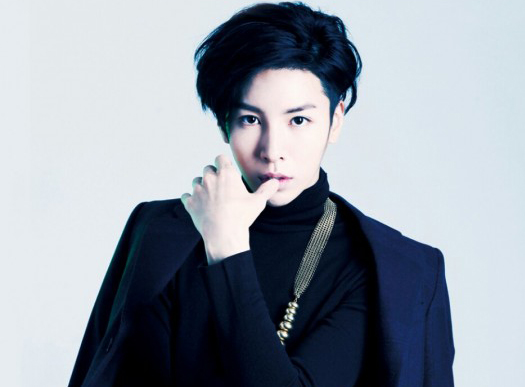 No Min-woo said he is not gay and we have to believe what we say. We wish him all the very best for his future. For more updates, keep in touch with Frostsnow.