Actor Dante Basco:Find out his net worth and career

Dante R. Basco is a Filipino American actor, voice actor, poet, dancer, and producer. He was born on August 29, 1975. He has four siblings, including the famous actor Dion Basco. Other siblings are Darion Basco, Derek Basco, and Arianna Basco. He graduated from Orange Country High School of the Arts in the Music and Theatre Conservatory in 1993.

He is famous for his voice in Nickelodeon series, Avatar: The last Airbender as Zuko. He is also appeared in hit Indie films: The Debut and But I’m the cheerleader. His total net worth is $500 thousand which he achieved by acting in several movies.

What is Dante Basco’s Net Worth?

Dante was born in the middle-class family but today he is the owner of $500 thousand. His salary is not included in his net worth. His annual salary is beyond our imagination it is considered to be about 60 thousand dollars. He owns a house and a car and is a bit secretive about his earnings.

Dante Basco started his career as a dancer. He was the part of Street Freaks break dancing crew. Then Dante got interested in acting. At the beginning, he got the minor roles on the television. Later on, he got the chance to act in the famous movie Steven Spielberg’s film Hook in 1991 with Robin Williams and Dustin Hoffman as the charismatic red stripe-haired leader Rufio of the lost boys in Peter Pan’s absence. His appearance was remarkable. 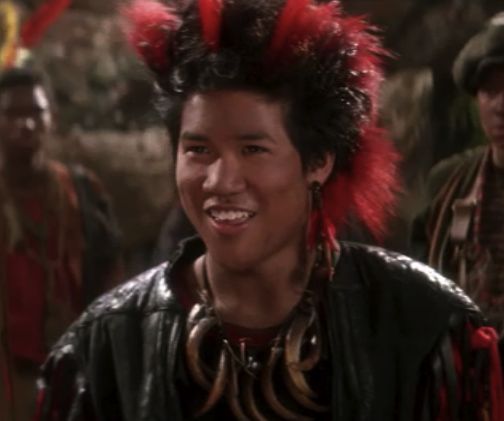 Dante Basco as the charismatic red stripe-haired leader Rufio of the lost boys. The punk band Rufio was named after his character.

Dante’s movies with his siblings-

Dante portrayed a Filipino-American movie with his three brothers and sister in the movie The Debut. In 1999, he starred in Naked Brown Men with his brothers.

Dante voice as Zuko in Avatar: The Last Airbender and as Jake Long in American Dragon: Jake Long-

He has given his voice in several animated movies and series. Among them the voice in Avatar: The Last Air bender is the most appreciated by the audience. The voice of the fire bender Prince Zuko is of Dante. He also gave his voice in American Dragon: Jake Long as Jake long.

Dante gave his legendary voice in Avatar: The Last Air Bender as Zuko. Avatar was one of the most loved animated series by children.

Dante’s voice in other animated series and movies-

Dante also voiced as Matt in Zevo-3. He also voiced for several video games like Skate, Skate 2 Skate 3 and Call of Juarez: Bound in Blood.