Aaron Carter, A Bisexual: Splits With His Girlfriend Madison Parker, His Past Affairs & Relationship American singer, Aaron Carter is again single!! The relationship between Aaron Carter and Madison Parker had been the talk of the town over a year and the story of them has again reappeared but sadly on a negative note.

Aaron Carter is one of the renowned singer-songwriters from the United States who rose to fame as a pop and hip-hop singer in the late 1990s. The singer has currently successfully established himself as a star among pre-teen and teenage audiences with his four studio albums.

The 29-year-old pop singer who had been in a romantic love affair with his girlfriend, Madison Parker recently called off their relationship. And the reason behind their split is revealed to be Aaron Carter revelation about his bisexuality.

Must Read - How Much is 29 years old Aaron Carter's Net Worth? Know about his Salary, Career, and Awards

Aaron And His Girlfriend Madison Broke Up After One Year of Dating: Aaron Revealed To Be A Bisexual

Following the recent twitter post by Aaron Carter where he opened up about his bisexuality, Aaron Carter’s personal life got highly affected. Here's the tweet, check it out.

This post ultimately became the reason behind his separation with his girlfriend Madison Parker. As per the report, Aaron and Madison first meet on Instagram in late 2016 after which they eventually started dating. 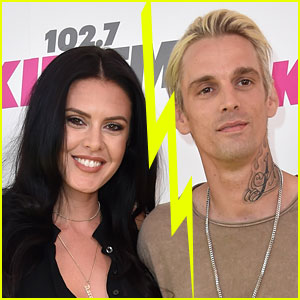 A strong source confirmed that the duo split into mutual terms one week ago. It stated;

The split was very amicable. Aaron is continuing to focus on his personal self with regards to his truth, health, and music.

Aaron and Madison love each other and respect one another dearly. It was a mutual decision and Aaron's personal statement released speaks for itself. Now back to the music.

It is also revealed that in 2016, Aaron was linked to a famous internet personality Chris Crocker, who is best known for his Leave Britney Alone video as they posted a series of cuddly shots pictures together. However, Aaron, in that now-deleted tweet, referred to Chris as his man crush at the time.

Here's one of those pictures. guys, check it out. 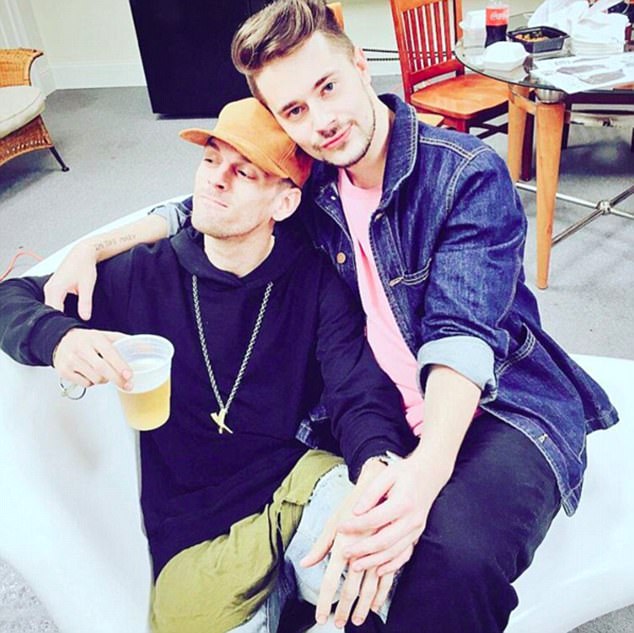 Neither side ever confirmed that they were in a relationship at the time.

Besides, he also carries a long list of girlfriends from his past including some popular personalities like Trisha Paytas, Kaci Brown, Lindsay Lohan and Hilary Duff.

Additionally, he was even engaged to a famous model and dancer Maile Hochuli in 2010 and an American actress Kari Ann Peniche.

Aaron Carter is currently single and seems to be focused on his career. We wish him all the very best for his future.