A Peek Into Cameron Diaz's Beautiful Married Life With Husband Benji Madden, Her Past Affairs

Cameron Diaz, also known as Cameron Michelle Diaz, is a 45-year-old California based actress, producer, model and author whom people have come to adore over the years. She has been in several movies and TV shows inspiring millions or at least thousands of aspiring actresses.

After she announced retirement from acting, people have been wondering what she has been up to? In fact, her married life and love affairs are a major curiosity to people. Well, has she found her happily-ever-after ending? Let's find out.

Cameron is married to Benji Madden, the American guitarist, vocalist, songwriter, producer and the member of the Maryland based band Good Charlotte. She often claims that her married life with Benji is ‘great’.

Focusing on her family was one of the reasons why she quit acting. Both of them want to avert their life from the media and have done a good job at maintaining a low profile. However, both of them were spotted together in Gwyneth Paltrow's black-tie event at Los Angeles on April 2018. The married couple was also seen bringing flowers to Cameron’s mother in Seal Beach.

Well, having been married for almost 3 years, the couple seems to be enjoying their life to the fullest. We yet again hope their sweet demeanor continues.

Previously, Cameron was in a relationship with video producer Carlos de la Torre. The couple reportedly started dating in 1990. Their romance faded away after four years of dating.

After then, she started dating Matt Dillion, the co-star of There’s Something About Mary. Similar to her previous relationship with Carlos, this relationship also ended as both of them wanted to focus on their careers. Thereafter, Diaz started dating Thirty Seconds to Mars frontman Jared Leto in 1999 and singer-songwriter Justin Timberlake in 2003. Diaz also had an affair with the British model Paul Sculfor in 2008 but broke up a year later as the distance between them became too much for them to handle.

She and Aaron Rodriguez had an on and off relationship for a year before breaking up in September of 2011. In addition, there are numerous rumors stating that Cameron Diaz has dated Adam Levine of Maroon 5, Keanu Reeves and Gerard Butler. But these rumors were never confirmed.

A Brief History of Her Career

She began her career as a fashion model at the age of 16 and did contract work with Elite Model Management. In the next year, she worked for companies like Calvin Klein and Levi's. This gave her a boost in her career. She got cover featured in the July 1990 issue of Seventeen and shot a Coca-Cola commercial in Sydney. 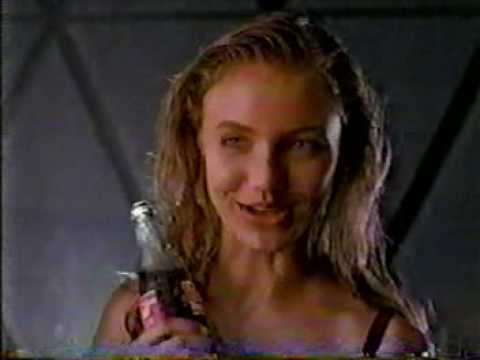 At the age of 21, Diaz took up the role of Tina Carlyle in the movie The Mask.  After working in a couple of less recognized movies, Cameron Diaz again found her way mainstream after working in My Best Friend's Wedding. She later worked in movies like There's Something About Mary, Being John Malkovich, Any Given Sunday and Charlie's Angels.

After being starred in 34 movies, Cameron Diaz bid goodbye to her acting career and retired into her peaceful life.

Currently, Cameron Diaz is one of the highest paid actresses in the world and is ranked number one highest paid female stars 40 and over. Her net worth as in 2018 is estimated to be around $140 million.