A Mother To A Child, Vanessa Ferlito's Current Relationship Status: Also Know About Her Affairs

Vanessa Ferlito is an American actress. The 30-year-old actress has acted in movies such as Spider-Man 2, Shadowboxer, Man of the House, Death Proof and several other. She has also appeared on television series like CSI: NY and 24.

The gorgeous actress is single and unmarried, but she is a proud single mother of a child named Vince, who was born in September 2007. The name of her son's father hasn't been made public.

Taken minutes after she flicked a booger out of my nose. #glamour #vanessaferlito #ncisnola

Ferlito is an extremely private person. She prefers to keep details of her personal life private. But her fans want to know each and every information about her life whether it is personal or professional. Hence, she is constantly under watch by media.

The talented actress has been able to steal the hearts of millions all over the globe by her acting skills and beauty, but it seems no one has been able to sweep Vanessa off her feet. Currently, she is single and there are no records of her being in a long-term or serious relationship with anyone.

In 2014, a heated news of Vanessa being in a relationship with director Quentin Tarantino, who is notoriously known for being close to his lead females, appeared in the media. Tarantino was spotted having a romantic dinner date with the lovely actress at a restaurant in Manhattan and a romantic stroll around the neighborhood afterward. 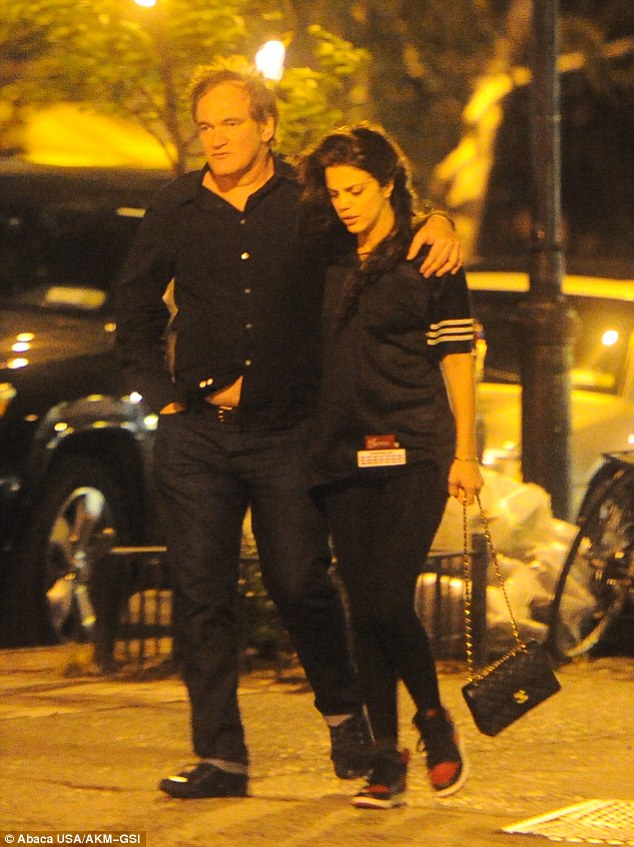 Beautiful actress Vanessa out on a romantic walk with Quentin Tarantino

Though the relationship with Tarantino was her first affair to be reported, she has yet not confirmed the news.

It has been 10-years that Vanessa became a mother but still, she is not comfortable to disclose Vince's father name. She has also not mentioned whether she was married to child's father or not. In addition, she has never registered herself as married.

Born in a middle-class family, Ferlito started working at a young age of 14. Before starting off her career in acting, she used to model for Wilhelmina and New York City "club kid".

In 2001, she made her debut through the television series The Sopranos and in 2002 landed doing her first role in On Line as Jordan Nash.

She was much appreciated for her appearances in CSI: NY, 24 and Graceland. At present, she portrays the role of Special Agent Tammy Gregorio in the CBS series NCIS: New Orleans.

The vegetarian actress with the net worth around $6 million was nominated for outstanding actress in NAACP for the drama Undefeated.

Watch this interview with Vanessa Ferlito

Hope, the caring mother of the adorable son will soon find her perfect match, and we will be able to hear her wedding bells.