A married life feels like a blessing if everything goes according to plans with no fights, cheating, and dramas. However, things get rough if it ends up in a divorce. We often hear how a once happily married couple split due to various reason. Some people divorce quietly without much drama, but other’s divorce gets tough because of various disagreement issues.

Today, we have brought you the story of Phaedra Parks and Apollo Nida whose marriage would have ended if the divorce papers were finalized, but there’s a twist. Parks divorce gets reversed by the judge who found Parks guilty.

The ‘Real Housewives of Atlanta’ star Phaedra Parks divorce with husband Apollo Nida has taken another twist. Reports claim that a judge has reversed their case as he says that it's ‘unfair’ to Parks's spouse citing multiple reasons. Parks was also accused of misspelling the parties’ names intentionally many times.

In case you don’t know, Parks' husband Nida is in prison. Nida was told to attend his upcoming divorce hearing from the jail. This was the major issue why the whole situation bothered the judge according to TMZ’s reports.

Moreover, Nida was also not made known about the final hearing and was presented with the final documents of his divorce. Now that the judge has reversed the case, the pair is still legally married.

Phaedra Parks with her husband Apollo Nida with their children

On the other hand, Parks wants to finalize the divorce real soon with the most efficient path so that she can move forward and focus on raising her kids in a sound and healthy environment. Parks is the mother of Nida’s two children, Ayden and Dylan. Since Nida is in prison, Parks children live with her.

Parks and Nida’s divorce had been broadcasting by the hit Bravo show RHOA’s on its 9th season. The pair who separated in 2014, began their divorce process in 2016’s season.

If their divorce gets finalized, it would be an end to the pair’s seven-year-long marriage.

Why Phaedra Parks's husband Apollo Nida is in prison?

In case you are wondering about Apollo Nida's crime, Parks’ spouse Nida is imprisoned after being proven guilty to bank fraud and identity theft. Nida, who is currently serving 8-year-long imprisonment, was pleaded guilty in May 2014. Previously, he was accused of car theft due to which he was sentenced to jail from 2003 to 2006. 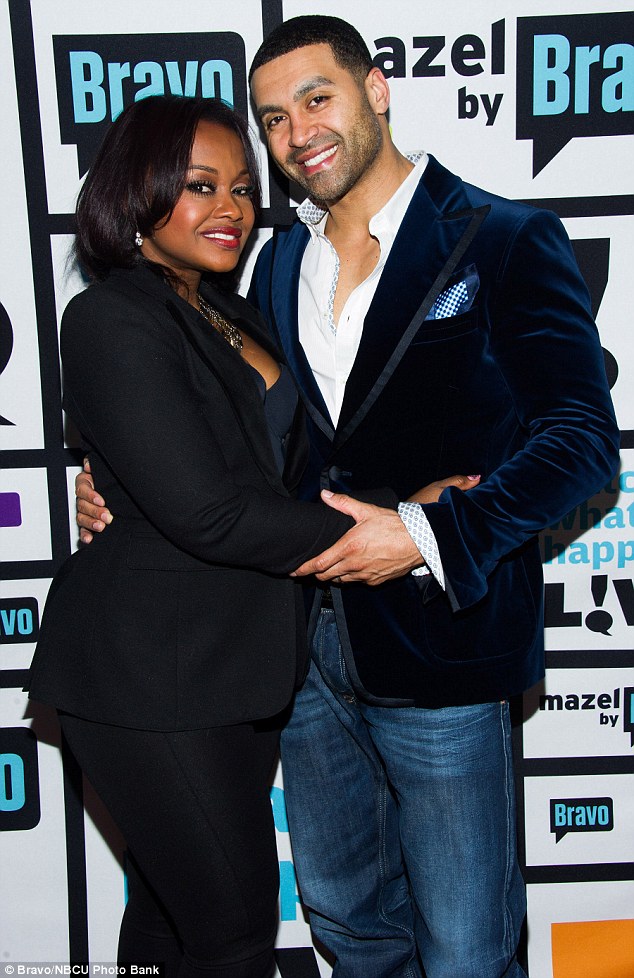 We hope Parks and Nida’s divorce issue gets solved soon so that Parks can move on with her life along with her kids. We wish Parks and Nida all the very best for the future.