Frostsnow https://frostsnow.com/
Home Gossip 78 Years Harvey Keitel Is Living Happily With His Wife Daphna Kastner, Do They Have Children?

78 Years Harvey Keitel Is Living Happily With His Wife Daphna Kastner, Do They Have Children? The American actor and producer Harvey Keitel, short for Harvey Johannes Keitel, turned 79 this year. He has acted on movies like Mean Streets, Taxi Driver, The Last Temptation of Christ, The Grand Budapest Hotel and many more. Harvey has also been nominated for Oscars and Golden Globe.

His upcoming movies The Last Man, See You Soon, Isle of Dogs, and First We Take Brooklyn are in post-production.

The veteran actor, who has an estimated net worth around $45 million, is currently married to gorgeous actress Daphna Kastner. They got married in 2001 and have a son named Roman together.

Harvey was in the relationship with actress Lorraine Bracco before marriage and is notorious for his affairs with female celebrities. Keitel has always been under the radar of the media. His name is often spotted in the headlines either because of his personal life or professional life.

Charismatic Keitel had proposed Katner at the Dan Carmel Hotel in Haifa, where he was attending the 17th annual International Film Festival as the guest of honor. The moment happened in the presence of Minister Roni Milo, Haifa Mayor Amram Mitzna, and Jewish-American producers Avi Lerner and Danny Dimbert. Harvey Keitel together with wife Daphna

Jewish born Harvey got married in Jerusalem according to the Jewish traditions on October 7, 2001. It was a private ceremony performed by a reform rabbi. Afterwards, the newlywed visited the Western Wall in Jerusalem dressed in dark clothing.

Prior to marriage, Harvey was in the relationship with Lisa Karmazin,  Andie MacDowell, Lorraine Bracco and Embeth Davidtz. His affair with Academy Awards nominee actress Bracco lasted for 12 years.

The legendary actor is still romantic at heart despite the old age. The husband and wife are often spotted on romantic dinner dates and with their son.

Harvey has a son named Roman with wife Daphna. The cute teenager was born in 2004. Daphna and husband Harvey take their son everywhere they go, either it's a film shoot, premiere or award function. 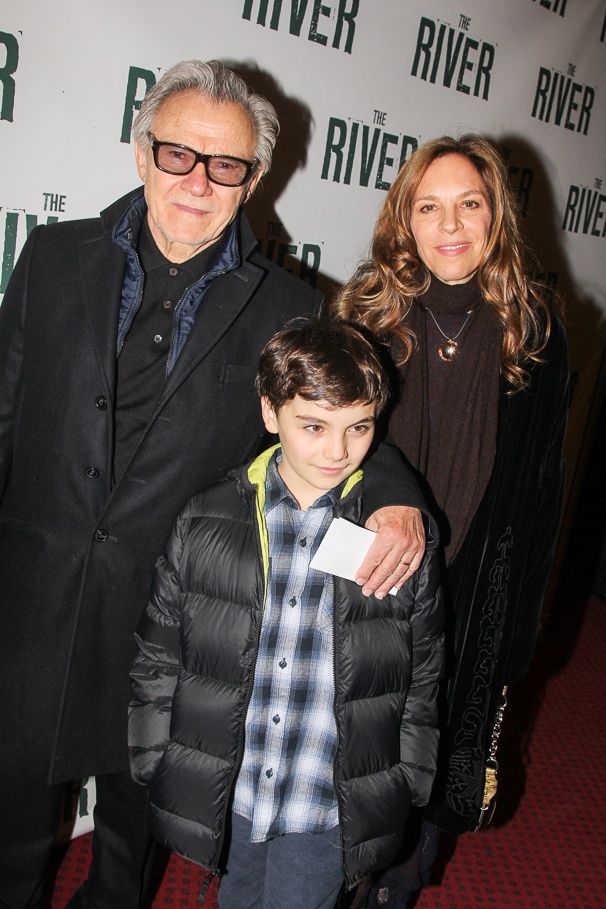 Other than Roman, Harvey is the father of two more children. He has a daughter named Stella born in 1985. Her mother is Harvey's long-term ex-girlfriend, Lorraine Bracco. The other child, Hudson was born in 2001 from his relationship with Lisa Karmazin.

Harvey is also the godfather of Max, son of close friend Michael Madsen.

We hope that the marriage of Harvey and Daphan will last forever, and we don't have to hear any rumors of their separation.