Frostsnow https://frostsnow.com/
Home Gossip 31 Years Shay Mitchell is single or Married, Who is she dating Currently? Know about her Affairs

31 Years Shay Mitchell is single or Married, Who is she dating Currently? Know about her Affairs Shay Mitchell is a Canadian actress, model, entrepreneur, and author, famed for her role of
Emily Fields in the Freeform series Pretty Little Liars (2010–2017). The model-turned-actress is in the showbiz for a long time and has eventually earned both fame and fortune. But what about her love relationship?

Without a doubt, the actress is the first choice for many and undoubtedly her affairs and boyfriends make a long list. However, the question remains, who is she dating and who is her boyfriend? Well, today, we are going to reveal all about her relationship, affairs, and dating history.

Is Matte Bable The Current Boyfriend of Shay Mitchell?

You might not know but the gorgeous actress Shay Mitchell is currently rumored to be dating Matte Bable who is a famous Canadian TV host.

In February 2017, the Dreamland star was caught sitting on the lap of Matte Bable while dining at Cipriani in New York City's Soho neighborhood. 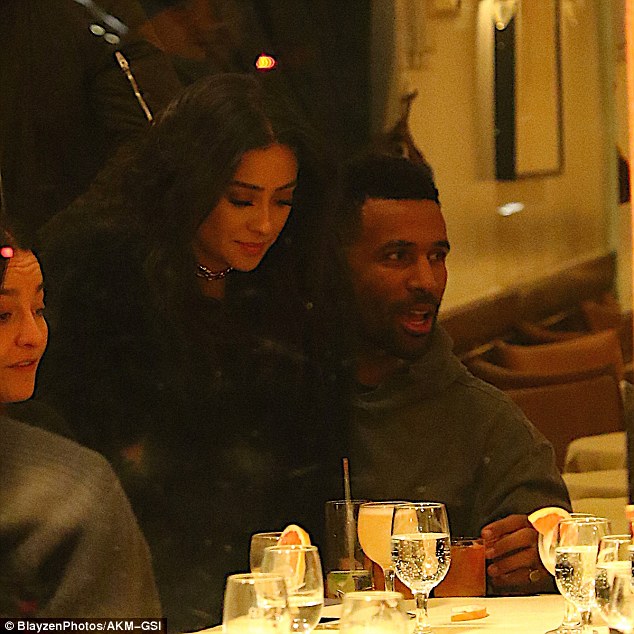 Besides, the couple is also often has seen posting pictures of them spending a quality time together. Here's the Instagram picture in which they were seen strolling Drake's after birthday party. Check it out.

The couple's relationship details is still an unsolved puzzle and no one knows for how long the couple is dating each other, however, some source claims the couple started dating since January 2017.

Though this beauty with brains has achieved a huge success in the acting field, Shay has gone through several troubled relationships in the past.

The actress firstly dated Greek model named Steve Milatos. They kept their relationship very secretive and so far has not revealed anything about her relationship with him.

After months of separation with Stever, Shay began dating an American actor Keegan Allen in September 2011. However, Shay's relationship again failed as the couple split in May 2012.

Shay and her lover Keegan Allen

We all know that breakups don't stop anyone from falling in love with a person. In the same way,  her breakups with Steve and Keegan seemed to be nothing for Shay as she eventually began her relationship with Ryan Silverstein in February 2013.

Lastly, a rumor surfaced regarding Shey Mitchel's relationship with an American actor Jacob artist but because of the lack of evidence the rumor later shut down.

After going through a lot of troubled relationships, Shay is now linked in with Matte Bable.

Probably, the truth is just a few steps away, and hope it will be out soon.