32 years Nicole Arbour is Still Single or Married,Know about her Current Affairs and Relationship

The versatile personality Nicole Arbour is a Canadian actress, musician, singer, choreographer, comedian, a dancer as well as a writer from Hamilton, Ontario. Arbour is famous on Youtube as well. She is the one who made the video Dear Fat People which went viral all around the world.

With her extreme beauty and talent, Nicole has successfully earned a million fans, mostly men, who are now inquisitive about her personal life. Everyone wants to know whether Nicole is dating anyone or not after she split with ex-boyfriend Matt Santoro.

So, let's find out the details of your favorite star's life.

Is Nicole Arbour currently dating anyone? Know her relationship with ex-boyfriend Matt Santoro

Without any delay, we would first like to inform you that this 32 years aged sexy blond actress, Nicole is currently single and not engaged with anyone.

However, she has a dating history with many boyfriends including a recording artist JRDN, musical performer Matt Webb and a musical artist Tavis Stanley. 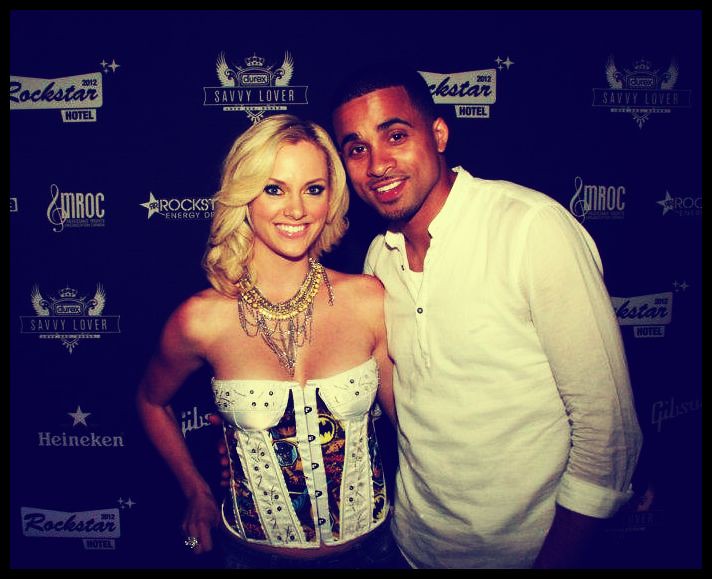 Former boyfriend and girlfriend couple: JRDN and Nicole and Arbour

As per the report, Tavis Stanley is Nicole's first ever boyfriend. The couple began dating each other back in 2008, however, their relationship did not more than a year and the couple broke up in 2009 without sighting any reason behind their separation.

Later, after three years of her split with Tavis, Nicole was caught romantically linked with JRDN in 2011 but the couple again broke up within a year of dating. Then in the following year, Nicola started an affair with a musician Matt Webb and after a couple of years of dating, they broke up as well. Lastly, Nicole Arbour was seen dating Matthew Santoro, a Canadian youtube personality. However, they too have now separated. Though being a comedian, he made a very serious video last September in his channel in which he spoke about his abusive relationship with Nicole Arbour.

In the video, he described his ex-girlfriend as “extremely jealous" and isolated him from family and friends, manipulated him, and eventually escalated to physical attacks. He even said;

If I had a female friend, I must have been cheating on her with them.

Matt later explained that when he tried to leave, things got physical

Domestic violence knows no gender, It happens to men and women.

And it’s something that men never talk about, because we’re made to believe that we’re supposed to be strong. I never talked about it because I thought that no one would believe me, no one would give a s--t, and it’s sad that we live in a society where people have to feel like they’re supposed to keep quiet about these things. And it’s wrong.

However, Nicole completely denied that she ever abused Matt. She said:

Crying wolf on a serious subject, a very serious subject, and trying to fabricate a very large story and taking a tiny little thing and spinning it into something that just didn’t happen is just sick and really diminishes the validity of people’s stories who actually have suffered abuse.

Nicole also called Matt out for using his platform of young, impressionable followers to get views. In this regard, she has posted a tweet. Check it out.

My wish for the next generation is to not believe everything you read or hear on the Internet. Use your heads, think for yourselves.

Nicole Arbour is currently single now, she might be lost her trust from men. Whatever it is, let's just wish her all the very best for her future and we hope she finds a perfect match for her. For more updates, stay tuned with Frostsnow.