You may recognize British-American magnificence Lily Collins from ‘The Blind Side’ which was her big breakout role. Since then, Collins has traveled a long way. She appeared in movies like ‘Mirror Mirror,' ‘Stuck in Love’ and ‘Love, Rosie’.

Along with her roles in marvelous films, she also happened to encounter her on-screen lovers Taylor Lautner and Sam Claflin, which eventually turned off-screen too.

Although Collins doesn’t prefer to discuss her personal life in public, the media always finds a way to her love affairs. Back in 2016, Nick Jonas had confirmed his relationship with the 28-year-old star but looks like the flame between them has already turned off. Collins was spotted in Sunset Tower Hotel, Los Angeles on 8th March 2017 with a mystery man on a dinner date.

Is he her new boyfriend? Let’s find out:

Collins relationship with Nick Jonas found quite a fame in 2016 after Jonas confirmed it. He had also praised music legend Phil Collin’s daughter by saying that she’s amazing. Jonas had been going out with Collins, and he confirmed that he likes to date different people to know different things.

Also, read to know if Nick Jonas and Demi Lovato are in a relationship.

Thank you to Plan B for taking a risk and bringing #OKJA to the big screen. I'm so honored to be part of it...

In an interview with The Sun, Jonas said that people need human interaction at some level and dating is essential at his age. Jonas, who is 24-year-old, said:

"We went out a couple of times. She is amazing. We have known each other for years, just running in the same circles.”

Even though Jonas tried to be little open about him dating Collins, it seems like things didn’t work out between them. The couple parted ways secretly as no any confirmation came after that. In fact, they were rarely spotted together.

Read why Nick Jonas is single.

Lily Collins spotted in dinner date with a mysterious man

There’s a new guy with whom Collins was spotted coming out from the Sunset Tower Hotels, Los Angeles after a dinner date. The mysterious man appeared to be taller than Collins, and they were seen in a jolly mood as they were all smiles. They had shared a warm hug before they left separately. 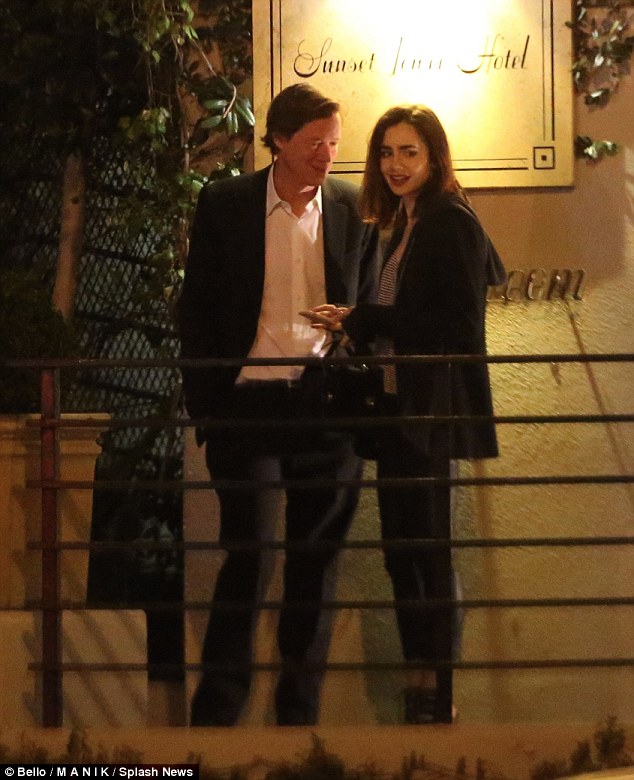 Despite the closeness, we cannot confirm whether he's Collins’ new lover or just a friend or relatives. She hasn't been spotted with him again, and she made no comments about her appearance with him in the Sunset Tower Hotels. It seems like Collins is again with her ‘not to discuss personal life in public’ thing.