Frostsnow https://frostsnow.com/
Home Gossip Professional wrestler John Cena's Earning Has Decreased Drastically, How Much Is His Net Worth?

Professional wrestler John Cena's Earning Has Decreased Drastically, How Much Is His Net Worth?

John Felix Anthony Cena, professionally known by his stage name John Cena is an American professional wrestler. Apart from wrestling, he is also an actor, TV show host, and rapper. We certainly have seen him rap on WWE many times, and it is one of his best traits. He made his debut as a wrestler in 2002 after signing contracts with WWF now changed to WWE.

As an actor, he has appeared in numerous films like Ready to Rumble, Sisters, Daddy's Home, alongside actors like Mark Wahlberg, Will Ferrell, Linda Cardellini and many others. He is currently busy with his upcoming film Blockers and Bumblebee: The Movie, which will release in 2018. John Cena is one of the most popular wrestlers in the world and has a massive fan following. The successful man has an estimated net worth of $55 million. As of 2017, his earning is $8 million, but back in 2016, his earning was $9 million.

Back in 2016, Cena was the highest paid wrestler in the world with an annual salary of over $9 million. The reason behind the drastic decrease in his earning is his shoulder surgery. The wrestler reportedly had to spend 5 months off from his work. Currently, he is working in numerous fields, especially films.

However, looking back at his previous earnings, which were just 1.7 million in 2013 and $2.7 million in 2014, the wrestler surely has come a very long way in just a short time.

According to numerous reports, he earns an estimated $5 million annually through endorsements and sponsorships. Back in 2016, Cena signed a multi-million dollar endorsement deal with a trash bag company. He was undoubtedly paid very well to promote and endorse trash bags.

Previously, he was seen promoting Tapout body spray and Crocs through his Twitter.

Taking a closer look at his luxurious life, Cena has a passion for muscle cars and owns 20 of them, including 2007 Saleen Parnelli Jones Limited Edition Ford Mustang which cost over $61 thousand when it was first launched. The car is far more valuable now. He also loves vintage cars and is frequently seen driving 1971 AMC Hornet SC/360. 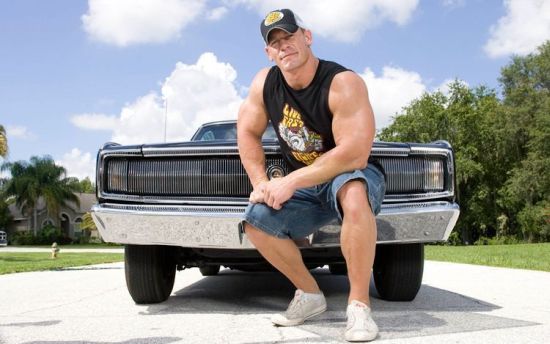 Moreover, according to some reports, the wrestler lives in a private gated community of Nature's Reserve. It is located in Land O' Lakes, Florida and features a swimming pool and a boat deck. The estimated value of the house is $750 thousand.

We are sure that he owns many other houses and apartments throughout the United States.

For more about John Cena, be in touch with Frostsnow.com.